Report: Eagles bring back Mark Sanchez on a two-year deal 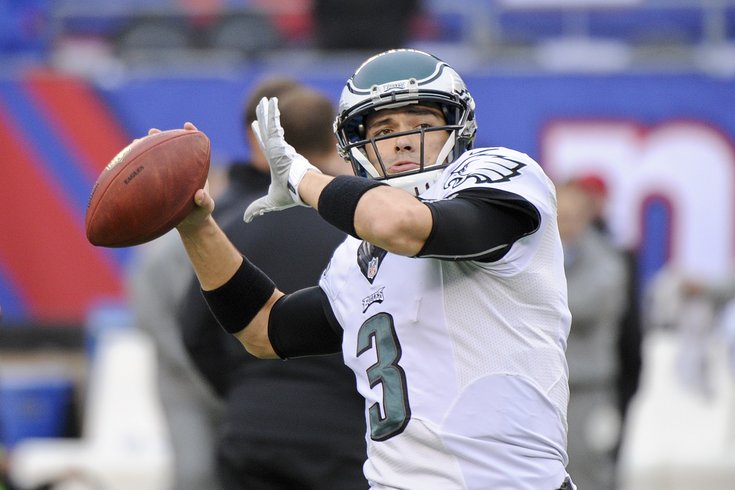 Mark Sanchez will be back with the Eagles on a two-year contract, according to Mike Garafolo of FOX Sports, who also has the numbers on the deal:

Mark Sanchez back to the Eagles on a 2-year deal worth $9m with $5.5m guaranteed, per source.

Sanchez doubled his per year pay of a year ago. He signed a one-year deal last offseason with the Eagles worth $2.25 million.

Sanchez posted career best numbers with the Eagles in 2014 in completion percentage (64.1%), yards per pass attempt (7.83), and QB rating (88.4). He also did what you hope to get from your backup -- he won enough games for the team to remain competitive. After Nick Foles was lost for the season with a broken collarbone, Sanchez went 4-4 as a starter, 5-4 if you give him credit for the Texans game, when he took over for Foles in the first quarter.

Rotoworld ranked Sanchez as the top available free agent quarterback on the market. He will almost certainly serve as the Eagles' backup in 2015, but to whom?