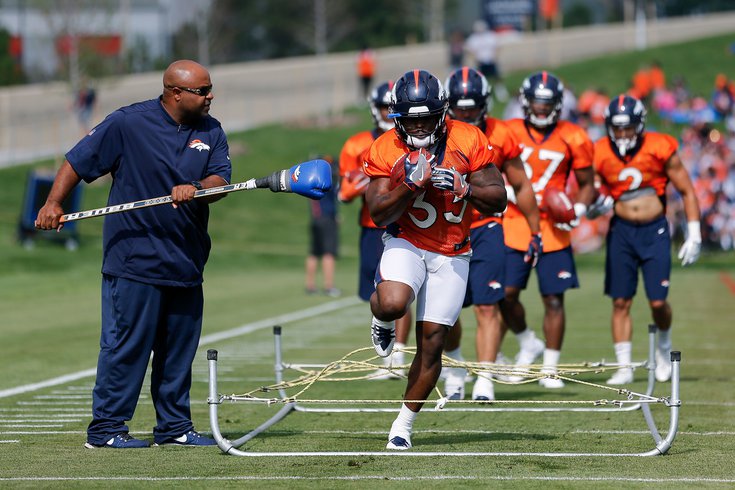 Curtis Modkins enjoys jabbing his players with a boxing glove fastened to a hockey stick.

The Philadelphia Eagles are "expected to speak with" Denver Broncos running backs coach Curtis Modkins about their vacant offensive coordinator job, according to a report from Mike Klis of 9news.com in Denver.

Denver RB coach Curtis Modkins is expected to speak with Eagles today about their vacant OC position, per source. He just finished 13th season as NFL coach. Modkins was OC with Bills for 3 years and for Chip Kelly’s 49ers in 2016, heavily involved in game-planning. #9sports

Modkins has been coaching in the NFL since 2008, and he has had two separate offensive coordinator jobs, with the Buffalo Bills and San Francisco 49ers. His coaching history, via Wikipedia:

The offensive numbers for the teams that employed Modkins as their OC aren't great:

In fairness, Modkins was an offensive coordinator behind two offensive-minded head coaches in Chan Gailey from 2010-2012 in Buffalo, and Chip Kelly in 2016. Buffalo's quarterback during those years was Ryan Fitzpatrick, and by 2016, the NFL had long since figured out -- and was easily shutting down -- Kelly's offense.

It would be hard to blame Staley for being interested in other opportunities elsewhere, after being passed over for the head coaching job in favor of Nick Sirianni.