Report: Eagles LB coach Ken Flajole won't be back in 2021 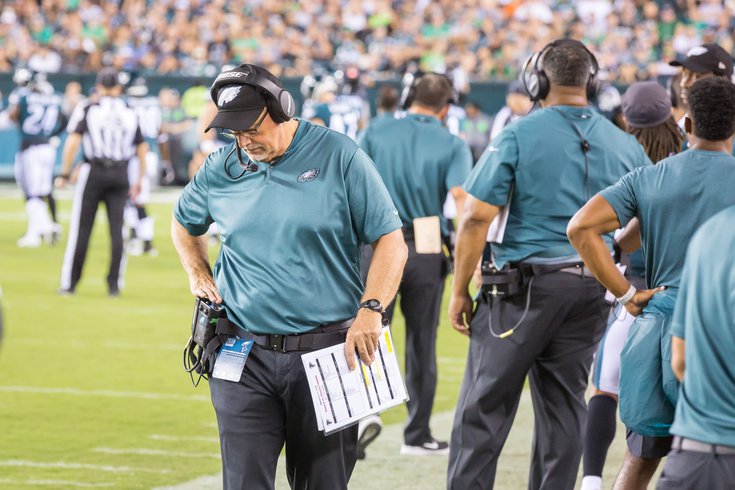 Eagles linebackers coach Ken Flajole on the sidelines during a game against the Atlanta Falcons, Thursday, Sept. 6, 2018 at Lincoln Financial Field.

Not sure if this is out there but I am hearing that @Eagles LBs coach Ken Flajole won't be back in 2021. May be retiring (he's 66). Coached in college from 1979 to 1997 until jumping to the NFL. Joined Eagles in 2016. Highly respected in league circles.

The linebackers have been among the worst-performing positional groups on the Eagles' roster for years, and that was no different in 2020, particularly early in the season before Nate Gerry was replaced in the lineup by Alex Singleton. To be fair to Flajole, he has never had much to work with, personnel-wise.

Flajole has been the Eagles' linebackers coach since Doug Pederson took over as the team's head coach in 2016. As such, he was a part of the Birds' Super Bowl run, and an image of his face was even tattooed on former Eagles DE Chris Long's body.

Chris Long got his Ken Flajole tattoo. It’s on his side, chest-high, under his arm. He would not let me see it, or take a picture of it.

A quick google search did not yield any pics of Long's tattoo.