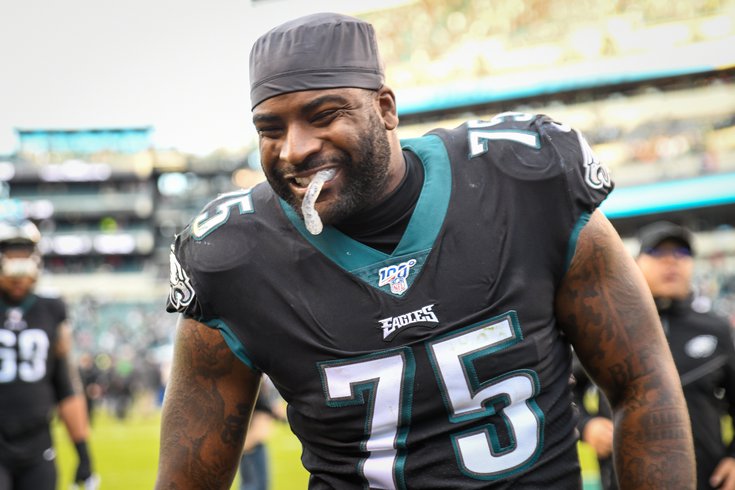 According to a report from Mike Garafolo of NFL Network, the Philadelphia Eagles are signing now 32-year-old defensive end Vinny Curry back to the team.

The #Eagles are re-signing DE Vinny Curry, sources tell me and @RapSheet. Coming off a five-sack season (most for him since 2014), he’s back to extend his second run with the team.

Curry ended up being a bargain in 2019, when he made $2.25 million as a rotational DE, who exceeded expectations (or at least my expectations). He had 27 tackles (5 for loss), 5 sacks, and 12 hits on the quarterback. More importantly, Curry played well down the stretch, as he had 4 sacks in the Eagles' final 5 games. He is likely back on an even cheaper deal in 2020. (Update: It is indeed a cheaper deal.)

Back in May, we had Curry cracking the Eagles 53-man roster, on the premise that the Eagles still needed to add another DE who can play on the second line, on any down and distance, opposite Josh Sweat. That's not Genard Avery, who should not play on run downs, in our view, and is probably best suited as a linebacker / rush specialist hybrid.

More recently, intel we received indicated that the Eagles were going to give their younger defensive ends a chance to step up, and that Curry would not be back. The guess here is perhaps that the younger players did not sell the Eagles on their readiness to step into the seemingly vacant DE4 role, and so the Eagles instead turned to Curry to fill that spot.

On Tuesday, we laid out our five Eagles training camp battles to watch, with the DE4 spot among them. With Curry poised to re-join the roster, the odds of guys like Joe Ostman, Shareef Miller, and rookie Casey Toohill making the final cut decrease.

The addition of Curry also likely closes the book on any chance of the team adding a big-name DE, like Yannick Ngakoue, Jadeveon Clowney, or Everson Griffen.