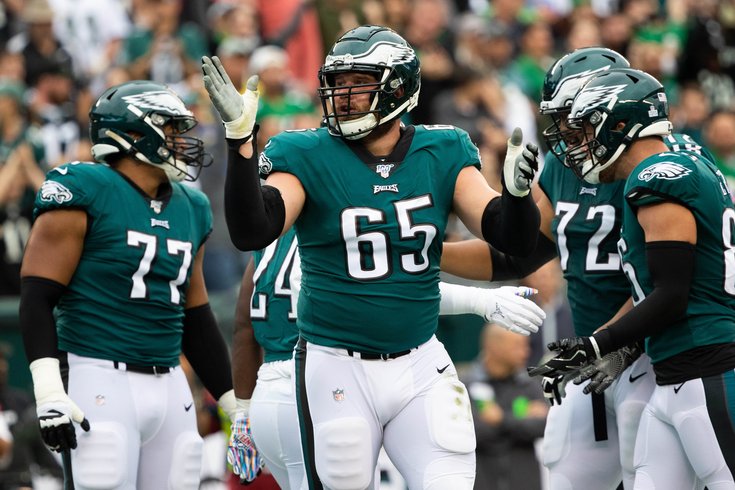 According to a report from Mike Garafolo of NFL Network, the Philadelphia Eagles and Lane Johnson have agreed to a very lucrative four-year contract extension:

Sources: The #Eagles have agreed to a four-year, $72 million extension with right tackle Lane Johnson that includes $54.595 guaranteed. It is the largest contract for an NFL offensive lineman in history on a per-year and guarantee basis.

Johnson is one of the best offensive linemen in the NFL, and the Eagles' offense has looked very different when they have been without him in the past. Johnson and RG Brandon Brooks (who also just earned a new lucrative deal of his own) form easily the best RG-RT combination in the NFL, and the dropoff to the next closest tandem isn't even close.

Johnson's current contract already ran through the 2021 season, meaning that his extension, assuming it is straightforward, will run through 2025.

While it is certainly comforting to know that Johnson is locked up long-term, he is also already 29 years old. His extension will begin when he is 32 years old. While Johnson is one of the most athletically gifted players in the league for his position and therefore perhaps better equipped to play at a high level longer than his peers, the Eagles are still making something of a risky bet here that his body will hold up.

Johnson is the fourth Eagles player to earn an in-season contract extension. Previously, they locked up Brooks, LS Rick Lovato, and K Jake Elliott. Who's next?