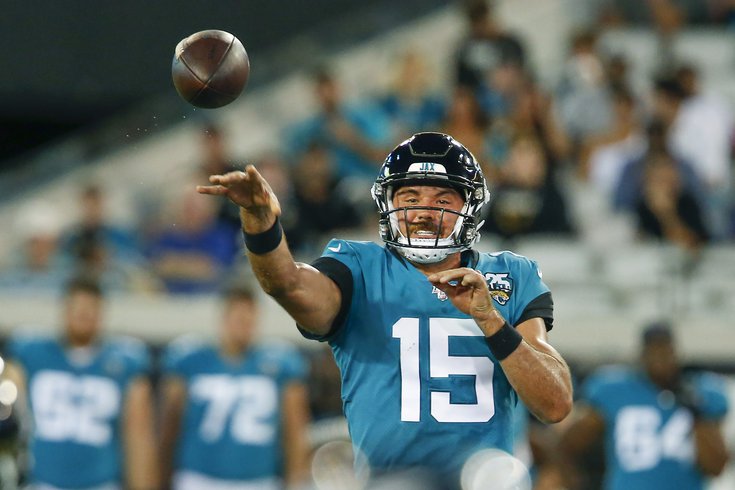 OMG, Gardner Minshew has a mustache.

The Philadelphia Eagles announced that they have traded for former Jacksonville Jaguars quarterback Gardner Minshew. The price is a sixth-round pick in 2022 that can become a fifth-round pick based on the following conditions, according to Adam Schefter of ESPN:

Trade: Jaguars are sending QB Gardner Minshew II to the Philadelphia Eagles for a conditional 2022 sixth-round pick, per sources. The 6th-round pick could go to a 5th if Minshew plays in 50 percent of the plays in three games this season.

Part of Minshew's appeal is that he has two years left on his contract, and he's cheap. His salary in 2021 is $850,000, and in 2022 it is scheduled to be $965,000, though that will get bumped up some on a "proven performance escalator." A sixth-round pick is worth the price for a backup as good, young, and cheap as Minshew, though it begs the question once again, why exactly did the Eagles give Joe Flacco $3.5 in guaranteed money?

Should Jalen Hurts go down early in the season, the guess here is that Flacco would be the first man up since he's been in Nick Sirianni's offense all summer. We'll see how that changes moving forward.

The QB factory churns away:

The team released Nick Mullens to make room for Minshew.