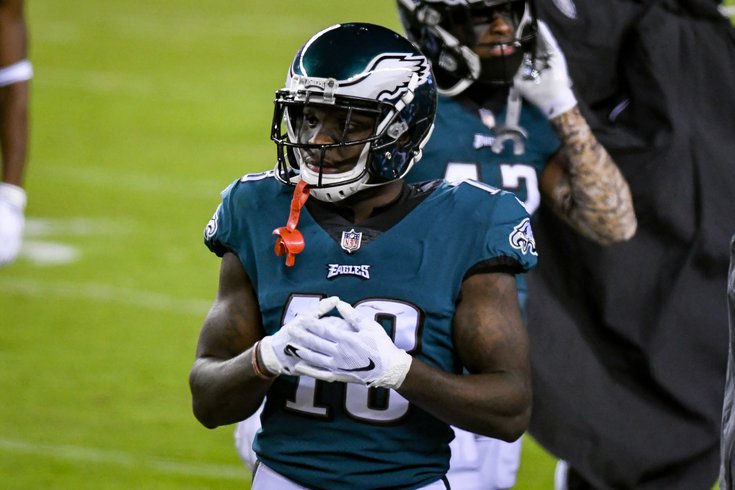 The Philadelphia Eagles have traded WR Jalen Reagor to the Minnesota Vikings, per a report from ESPN. The Eagles will reportedly receive a 2023 seventh-round pick and a 2024 fifth-round pick that can become a fourth-round pick if statistical benchmarks are met.

After a disappointing rookie season, Reagor had an absolutely dreadful second season in the pros. Despite playing 803 snaps in the regular offense (including the playoffs), he had a paltry 299 receiving yards and had three games in which he actually had negative yards from scrimmage.

Against the Giants Week 12, he dropped two potential game-winning touchdowns. On the first one, at least he had a defender draped all over him. On the second one, I mean...

And then in the Eagles' playoff game against the Bucs, he punctuated his 2021 season with a team-deflating muffed punt.

Reagor entered 2022 training camp fifth in the pecking order at wide receiver, at best. He had the best camp of his career in 2022, though that was a low bar for achievement.

While the draft pick compensation in return for Reagor is acceptable now, the sobering truth is that he will go down as one of the biggest draft misses in Eagles history, as star wide receiver Justin Jefferson, a player widely thought to be superior to Reagor even before the draft, was selected one pick later by the Vikings.

In an ironic twist, Reagor will now play alongside Jefferson. The Eagles also traded J.J. Arcega-Whiteside to the Seahawks earlier this month. The team drafted Arcega-Whiteside instead of star Seattle wide receiver DK Metcalf.

Reagor will get a much needed fresh start in a new city.