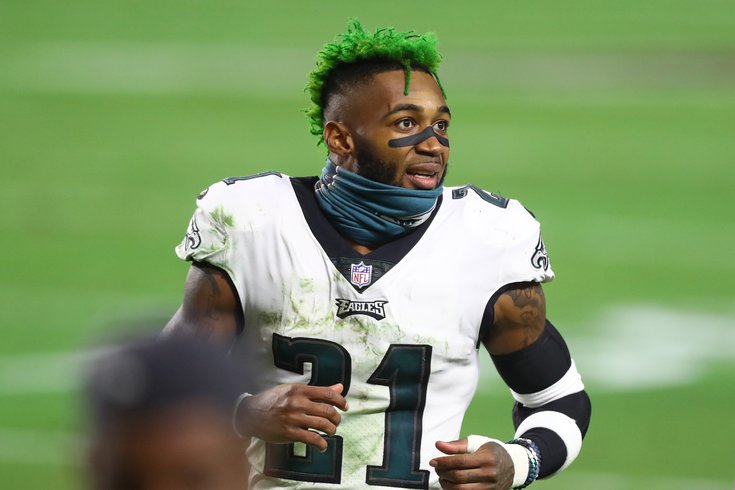 The Green Goblin is moving on. Former Philadelphia Eagles defensive back Jalen Mills is signing with the New England Patriots, according to a report from Adam Schefter of ESPN.

More for the Patriots: Former Eagles DB Jalen Mills to the Patriots on a 4-year, $24 million deal including $9M guaranteed, @DrewJRosenhaus tells ESPN.

In five years with the Eagles, Mills played in 63 games, starting 49. Objectively, he was a great pick in the seventh round of the 2016 NFL Draft. He was a starting cornerback for the Super Bowl winning team in 2017, and played well throughout that playoff run.

As a free agent in 2020, Mills re-signed with the Eagles on a one-year deal worth $4 million, so it's somewhat surprising that he was able to score the kind of deal he got with the Patriots after an unimpressive 2020 campaign. It's worth noting that the Patriots highly value versatility all over their defense, which makes Mills a nice fit for them.

Mills is a legitimate NFL starter, however, in his first five years in the NFL he was often tasked with responsibilities beyond his capabilities. For much of his first four years in the league, he was the Eagles' No. 1 corner. In 2020, he was replacing a do-everything playmaking safety in Malcolm Jenkins. Neither role was ideal for a player of Mills' skill set, but to his credit, he always craved any and every difficult challenge, and attacked them with the mindset that he was the second coming of Ronnie Lott.

With Mills gone, the Eagles' remaining safeties are as follows:

• Rodney McLeod: McLeod is a lock to land on the PUP list prior to the start of training camp after undergoing a Dec. 29 surgery to replace a torn ACL. He is also likely to remain on PUP through at least the first six weeks of the 2021 season.

• K'Von Wallace: On the 2020 season, Wallace played 202 snaps in the regular defense, mostly as a box safety. In Jim Schwartz's defense, he clearly would have been groomed for something of the Jenkins role that Mills assumed. It will be interesting to see how he fits in Jonathan Gannon's defense.

Let's just say they're now pretty thin on the back end.

MORE: Live Eagles free agency updates: NFL's legal tampering window opens today | Mailbag: Eagles should have plenty of future competition for QBs if they don't draft one now | McMullen: Eagles lack the political capital to go after Trey Lance (or any other QB) in NFL Draft