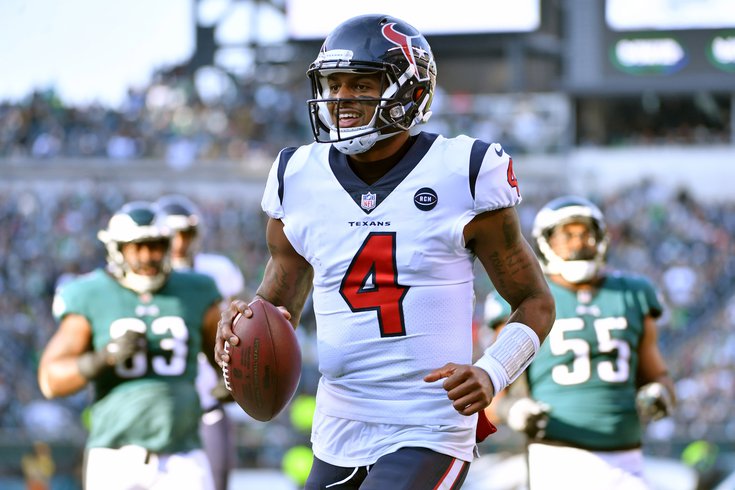 It has been clear all offseason long that the Philadelphia Eagles have been hot on the trail for Houston Texans quarterback Deshaun Watson, despite him being accused of sexual assault by 22 different women.

However, any such deal for Watson would require three parties to turn their key, so to speak — each of the teams involved, as well as Watson, who negotiated a no-trade clause when he signed a contract extension with Houston in September of last year.

According to Aaron Wilson, formerly of the Baltimore Sun and the Houston Chronicle, Watson does not want to be traded to Philadelphia.

Watson would waive his no-trade clause for the Dolphins, according to multiple sources, just as he would have for the Carolina Panthers. However, the Panthers, per sources, are sticking with quarterback Sam Darnold at this time after acquiring him in a trade from the New York Jets. The Denver Broncos are sticking with quarterback Teddy Bridgewater.

And the Philadelphia Eagles, whose general manager Howie Roseman has conducted extensive due diligence into Watson's complicated off-field situation, as have other NFL teams, aren't one of the teams Watson would waive his no-trade clause for, according to league sources.   [sportstalk790.iheart.com]

Earlier on Saturday, Charles Robinson of Yahoo! Sports identified the Dolphins as the favorite to trade for Watson and alluded to the fact that Watson's no-trade clause might take the Eagles out of the running.

Sources said the #Panthers, #Broncos and #Eagles were also in some element of trade consideration, but Watson’s contractual right to approve the trade destination - which was signed off on by Houston ownership in his last extension - has weighed heavily in trade opportunities.

The Eagles have steadfastly refused all offseason to name Jalen Hurts their starting quarterback, despite Hurts taking literally every first-team rep in training camp practices this year. Earlier on Saturday, following their preseason finale tie with the Jets, the team traded for quarterback Gardner Minshew and released third-string QB Nick Mullens.