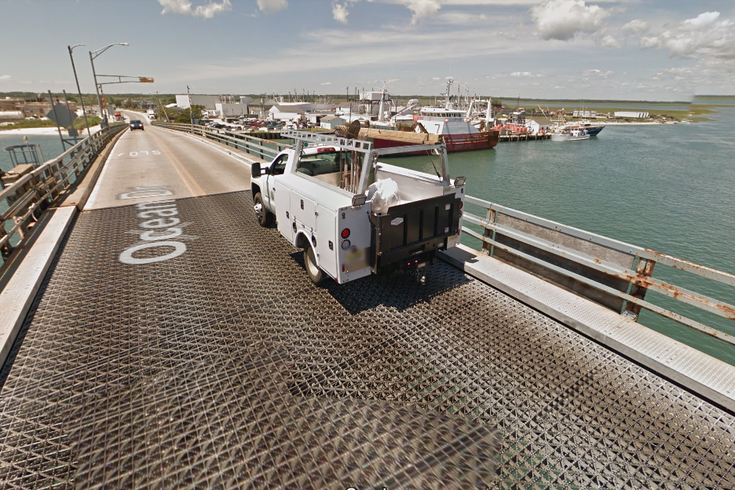 A family of four heading to Cape May were bruised and shaken after a drawbridge into the resort town began to open with their car still on it.

The Cape May County Herald reported this week that the Naphys family of West Deptford were driving on the Middle Thorofare Bridge from the Wildwoods toward Cape May earlier this month when, after they paid the toll and started driving across, it began to open.

Jackie Naphys told the Herald no one was seriously hurt. The family was bruised, but getting better.

But the experience was a harrowing one nonetheless.

Her husband, who was driving, reportedly accelerated forward instead of staying on the bridge deck and risking dropping backward. After her husband crossed, the car dropped down to the bridge deck on the other side, Naphys told the newspaper.

As of Aug. 8, their car was still being evaluated at the shop, and the extent of the damage had not yet been clear, according to the report.

Although the construction and opening of a new bridge there still looks several years off, Foster said the South Jersey Transportation Planning Organization plans to award an engineering study in September for a roughly $250 million project to replace the bridge and overhaul the remaining two-mile stretch of Ocean Drive connecting Diamond Beach to Route 109 in Lower Township, just outside of Cape May.