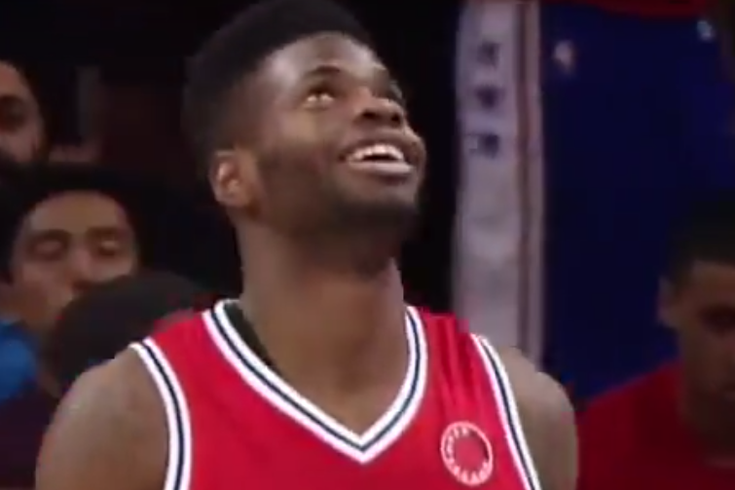 A week of bombshell Sixers news, led by the resignation of former GM Sam Hinkie, just took a nose dive further into the franchise's oblivion after a TMZ report surfaced Friday that Nerlens Noel is being sued for allegedly trashing his former rental home.

The lawsuit claims the 21-year-old center wrecked a 4,800-square-foot West Conshohocken property he leased back in September 2014. According to Courthouse News Service, Noel reportedly paid $54,000 for a one-year lease at $4,500 per month. In the span of a year, property owners Suzanne and William Bredt allege that Noel left $42,000 in damages and "a Halloween tombstone as a death threat against litigation."

In their lawsuit, the Bredts provide a long list of damages they claim were caused by Noel's destructive lifestyle before he moved out last November:

• Extreme water damage throughout the home

• Damage to the refrigerator, blinds, dishwasher, and window screens

To top it all off, the Bredts allege that Noel left behind joint roaches and buds of marijuana in a set of bathroom drawers.

One day after demanding that Noel pay $42,000 in damages, the Bredts found a skull-clad "RIP" tombstone sitting on the front steps of the property. In response to the perceived "imminent" threat, the Bredts added assault to the lawsuit and upped their demands to more than $75,000. They are represented by Philadelphia-based attorney David Jokelson.

Apart from being a dead-last 10-68 team, the Sixers have been bitten by off-court issues all season. From rookie Jahlil Okafor's speeding and fighting to Joel Embiid's rumored "attitude" problems, it's been a horror show brightened only by a stockpile of cash and future draft picks.

Noel, a first-round draft pick out of Kentucky in 2013, is averaging 11 points, 8 rebounds and 1.5 blocks per game in his second full season with the Sixers.

A tweet from the Philadelphia Inquirer's Keith Pompey said Noel and his representatives "cannot comment" on the lawsuit, which claims he has demanded his security deposit back.

.@NerlensNoel3 on lawsuit :"I cannot comment while this lawsuit is pending. I will only say the facts will speak for themselves."