Report: Philly poised to be next great tech hub 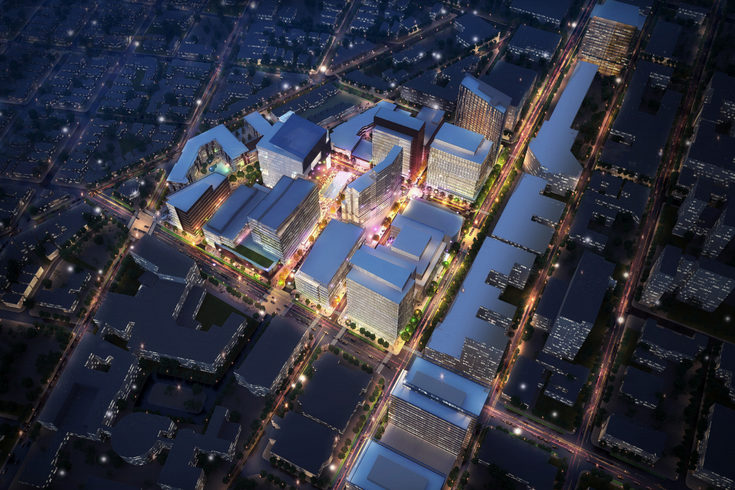 The Science Center is located in the heart of uCity Square, an innovation hub in West Philadelphia’s University City neighborhood. Over the next 10 years, the Science Center and its development partner Wexford Science & Technology are adding 4 million square feet of office, lab, retail, residential and shared public space – growing uCity Square to a total of 6.5 million square feet spanning 11 city blocks.

A new study from The Brookings Institution calls for Philadelphia leaders to make some moves toward cementing the city as the next great tech hub, a possibility the report claims is easily within reach if Philly plays its cards right.

With ongoing construction on uCity Square and the Comcast Technology Center poised to play a pivotal role in upping Philly’s tech game, and with the Penn Center for Innovation coming off a particularly successful year, the report lays out what it considers Philadelphia’s “innovation district” – 17th Street to 43rd Street along the Market Street corridor and south along the Schuylkill River to Grays Ferry – that is also becoming a more “desirable” place to live.

The number of residents in the area is reportedly up 8 percent since 2000, though the dense concentration of innovative projects in University City raises many concerns over displacing longtime West Philly residents whose lower-income neighborhoods see virtually no economic progress while all this development goes on.

“Though well-paying jobs exist in the district for workers with varying education and skill levels ... the district’s growth and employment opportunities are not fully redounding to the benefit of its neighboring communities and their residents,” the report says. “Poverty rates in the three West Philadelphia zip codes that include and immediately surround the district are persistently above 40 percent and median household incomes are below $20,000.”

Addressing inclusion is one of three challenges outlined in the report, which notes the handful of firms and institutions that have tried to implement programs that will aid locals in becoming part of the new opportunities these tech hubs could create. West Philadelphia’s The Enterprise Center is noted in the report for its work in helping educate and connect minority entrepreneurs, and Brookings calls for more like-minded initiatives.

“Coordinate and expand anchor-based skill-building, education, and procurement initiatives with the goal of serving more residents more effectively, creating greater economic opportunity, and growing a more inclusive district where a diversity of people and ideas help create a more robust innovation ecosystem and a vibrant community,” the report suggests.

“This approach should be multi-tiered and include increasing employment opportunities for local residents through an expanded West Philadelphia Skills Initiative … and growing local businesses by organizing joint demand among district anchors and firms for their goods and services.”

In addition to inclusion, the report also points to challenges in innovation and placemaking. In that regard, Brookings suggests focusing on a Precision Medicine Catalyst Initiative, which could centralize the city’s research in cell and gene therapy. Additionally, Brookings suggests creating a connected corridor task force to better unite communities working in different city employment hubs.

Visit Brookings to read more and download the full report.