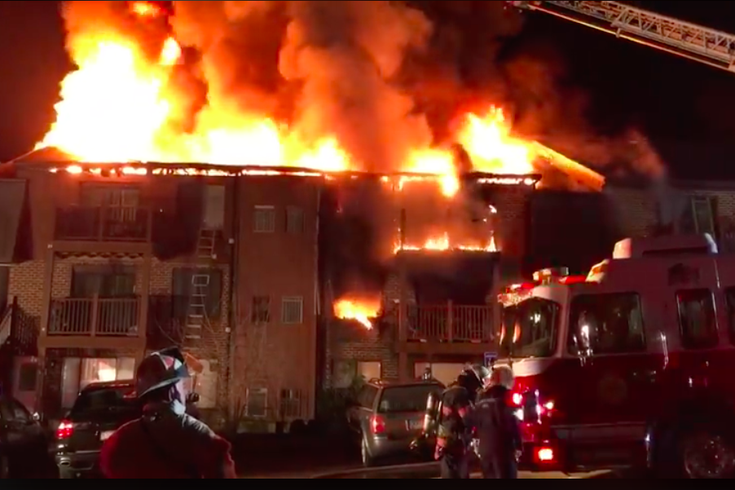 Building C of the Hilltop condominiums in Brookhaven caught fire around 6 p.m. Tuesday.

Firefighters battled a large fire that broke out at a condominium complex in Brookhaven on Tuesday evening.

The blaze started around 6 p.m. in Building C of the Hilltop condominiums on the 5200 block of Hilltop Drive, according to multiple reports. It was under control by 7:30 p.m., authorities said.

Earlier tweets from the Aston Township and Springfield fire departments indicated that one or more people were trapped in the structure, but all residents made it out of the building safely.

Pictures captured of the blaze show flames shooting through the roof.