UPDATED: New images of suspects in assault of school officers in Northeast Philly 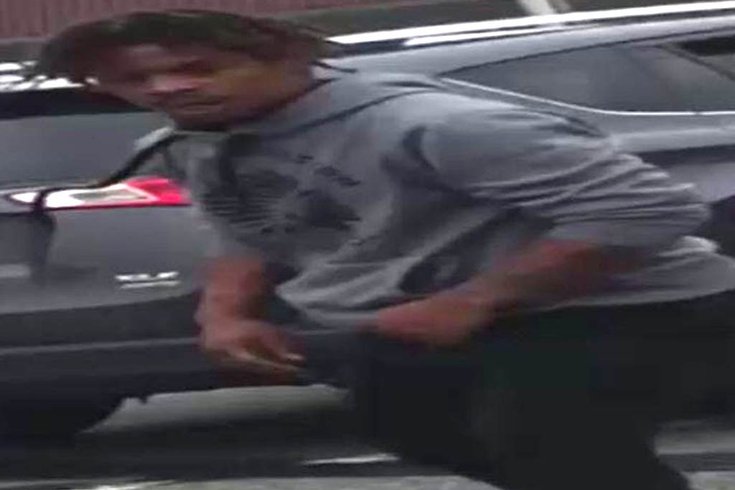 This man is sought by police in connection with Tuesday's attack on two school police officers along Cottman Avenue in Northeast Philadelphia.

Police have released new images of three suspects wanted in connection with the assault of two Philadelphia school police officers on Tuesday as they attempted to break up a fight in Northeast Philadelphia.

The large fight and subsequent attack on the officers occurred around 3:30 p.m. on the 1900 block of Cottman Avenue in the Castor section of the city.

Police are asking the public's assistance in identifying the three males.

One officer suffered a broken jaw and lost some teeth, 6ABC reports.

The first suspect is described as a 5-foot-8 black male in his mid-20s with dreadlocks. He was last seen wearing a black hoodie and gray sweatpants.

The second suspect is described as a 5-foot-10 black male in his mid-20s with blond and black hair. He was last seen wearing a green shirt and red sweatpants.

The third suspect is described as a 6-foot black male with a dark complexion. He was seen wearing a gray hoodie and black pants.

Anyone with information is urged to contact Northeast Detective Division at (215) 686-3153.