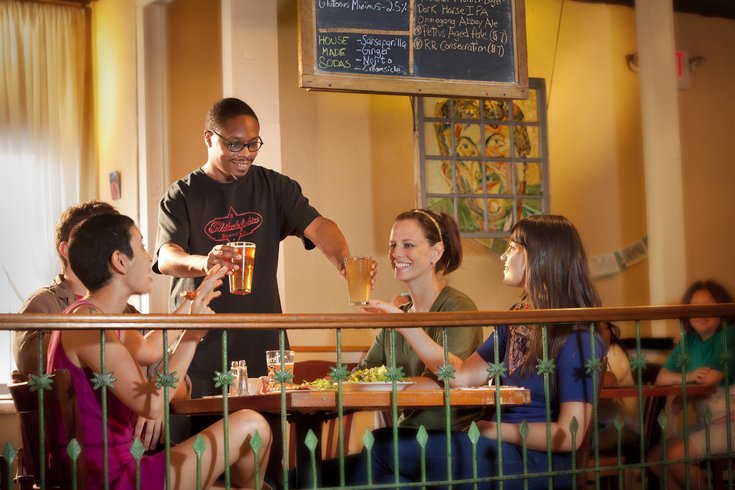 It’s all in the name at Earth Bread + Brewery. The Mount Airy spot uses locally sourced ingredients for their flatbreads and serves regional draughts along with their own house-brewed alts, smoked wheat ales and Belgian-style dubbels. In 2016, the owners will open Bar Hygge in Brewerytown.

The owners of Mt. Airy's Earth Bread + Brewery (above), Tom Baker and Peggy Zwerver, are almost ready to open their new Fairmount brewpub, Bar Hygge (say it "hYOO-guh"). If it's anything like their first establishment, customers can expect a tasty locally source menu. They're also opening an attached brewing operation, Brewery Techne, to keep the suds flowing, so expect a great beer list, too.

Chef Lou Boquila, formerly of the Filipino-inspired pop-up Pelago, is bringing his culinary stylings to East Passyunk Avenue this spring. The approximately 30-seat BYOB will serve modern Filipino food similar to that found at Pelago. If the brand's mouth-watering Instagram is any indication, the menu will be beautiful and tasty.

Legendary Susanna Foo broke the hearts of many fans when her namesake Asian-fusion restaurant in Radnor closed in June after nine years. Luckily, Philadelphians are reaping all the benefits, as the eatery was closed so that Foo and her son could focus on SuGa, an upscale Chinese restaurant they'll open in Rittenhouse by mid-January.

Scott Schroeder, of South Philly Tap Room and American Sardine Bar, and pastry chef Pat O'Malley are bringing a New American restaurant to Queen Village any day now. Serving breakfast, lunch and dinner, it's sure to fit right into a neighborhood that's seen a few high-profile openings in the past year.

SpOt Burgers' yellow food cart has been a friendly face on Drexel's campus over the past few years, but their reputation for big, juicy burgers soon found its way around town. Their new Brewerytown brick-and-mortar will be open any day now to satisfy eagerly awaiting customers. Now, you'll always know where to find them.