Reward up to $30,000 in search for Harrisburg museum’s stolen Civil War gun 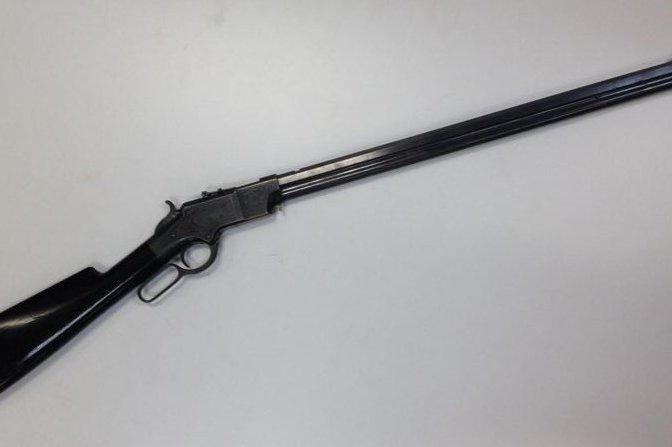 After three years without an answer, the owner of a centuries-old gun is now offering $30,000 to anyone with information leading to the gun’s recovery.

The rifle was stolen the night of Feb. 13, 2016, from the Education Gallery at the National Civil War Museum in Harrisburg.

That night, someone took a sledgehammer to one of the building’s windows, and then a display case, making off with the 1860 Henry repeating rifle.

The Harrisburg Bureau of Police issued a statement Tuesday informing the public that the reward had been bumped from $20,000 to $30,000.

The rifle holds particular historic value, according to the bureau: it was engraved with the name of Abraham Lincoln’s Secretary of War, Simon Cameron.

Cameron himself was a native of Maytown, Pennsylvania, and later became a senator in his home state, serving from 1867 to 1877.

The guns are believed to have once belonged to Cameron, and were on loan to the museum from the owner.