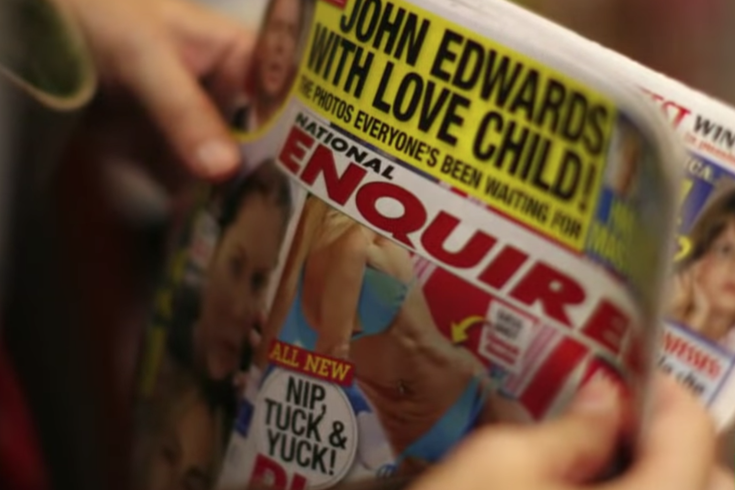 The National Enquirer, pictured here in a news report from ABC News.

Pascrell addressed the letter to the CEOs of five supermarket giants: Walmart, Kroger, Albertsons, Publix, and Food Lion. He called the Enquirer, a 93-year-old tabloid, a “purveyor of fabricated news” and noted the paper might also be involved in illegal extortion, blackmail, and other crimes, alluding to the tabloid’s recent public run-in with Amazon CEO Jeff Bezos.

The National Enquirer tabloid is a geyser of toxic misinformation and a possible vehicle of criminal activity. I’ve called on the leaders of our largest trusted supermarkets to pull it from their shelves. pic.twitter.com/hitf6gblIu

Earlier this month, Bezos alleged the Enquirer tried to blackmail and extort him with text messages and compromising photos from Bezos’s reported affair.

“Just as none of you would sell a contaminated food product,” Pascrell wrote in his letter, “I know you would never dispense other agents of sickness to the tens of millions of customers who walk through your aisles every day. Misinformation makes our society sick and the National Enquirer tabloid is a primary purveyor of it.”

The Enquirer has engendered its fair share of controversy over the years through its reporting.