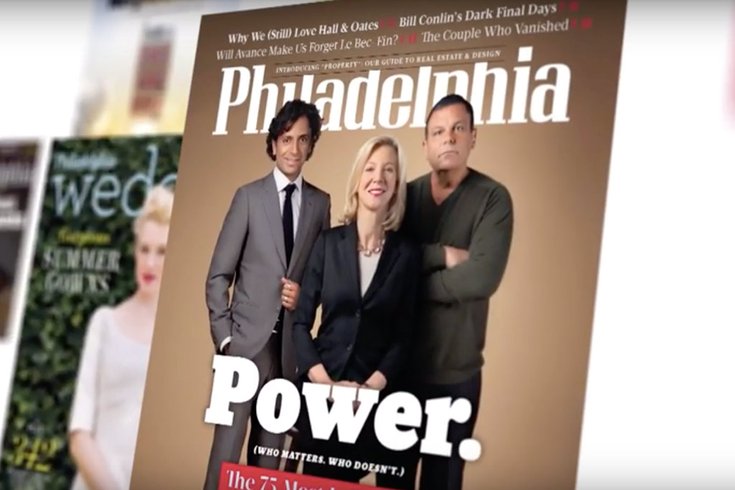 D. Herbert Lipson owned Philadelphia magazine since 1968. He died on Christmas Day in 2017 at the age of 88.

It has all the makings of a PhillyMag cover story reported from the Main Line. More than a year after a wealthy man dies, his widow and his children from a previous marriage fight in court filings – each party claiming the other owes them more than a million dollars.

In this case, though, the subjects of that story are tied to the publication itself.

• Carol Lipson, the widow of the magazine's late founder and owner, Herb Lipson, who claims she was promised a seven-figure payment upon his death

• Lipson's son, David, who runs the magazine now, and his siblings

• And Metro Corp., the magazine's parent company, which either failed to make good on that alleged agreement, or is itself owed a hefty payment

When D. Herbert Lipson died on Christmas Day in 2017, the 88-year-old was celebrated as, among other things, “a guy who pioneered an industry.”

Just over a year later, a bitter family fight could financially impact the publications he left behind.

In a lawsuit brought by Carol Lipson – filed in October and subject to a separate filing around Valentine’s Day – she claimed Philadelphia magazine’s parent company, Metro Corp., hasn’t paid her $16,667.67 a month under the terms of a prenuptial agreement.

Also named as defendants were Herb Lipson’s three children from a previous marriage and another individual who serve as co-executors of the estate.

According to the suit, the couple wed in 1997 and Herb “entered into a contract … to make certain payments to (Carol) upon Mr. Lipson’s death.”

Carol Lipson – who lives in Margate at the Jersey Shore and initially filed suit in Superior Court of New Jersey in Atlantic County – claimed the estate owes her $600,000 according to a prenup “modification” from 2008.

When it comes to the publishing company, her suit claims “Metro Corp. has failed to pay her $16,667.67 each month since January 2018.” As part of the agreement, Carol would be paid that amount for 60 months, which adds up to the $1 million she’s seeking in the suit.

“Metro Corp.’s purported breach of the DBA (death-benefit agreement) accelerates all amounts due to it and, therefore, she demands a judgment for $1 million plus interest,” reads the suit, which also seeks “health insurance coverage to the same extent as is provided to Corporation’s executive personnel from time to time.”

The complaint brings separate allegations including breach of contract and unjust enrichment against the company and estate separately along with breach of fiduciary duty against the co-executors.

The sides are currently fighting over jurisdictional issues.

Carol Lipson filed the case in New Jersey, and it was moved to federal court there, but the parent company and executors are based in Pennsylvania. They’re seeking to have it moved to their side of the Delaware River.

The company and co-executors filed a separate action in Philadelphia’s Court of Common Pleas but had it moved to the United States District Court for the Eastern District of Pennsylvania in Philadelphia.

Peter Kreher, the Center City Philadelphia attorney representing Metro Corp. and "the Lipson children," declined comment but directed PhillyVoice toward a separate filing on his clients' behalf against Carol Lipson on January 16.

They also seek "compensatory damages of $1 million, a declaratory judgment that Mrs. Lipson has given up any right to the payments promised her in the DBA and an injunction barring her from pursuing any claims against Metro Corp. related to the DBA."

They claim that she promised "to some unspecified person, by some unspecified means to forgo the (death-benefit) payment and pay the Lipson Children $1 million in exchange for Metro Corp. continuing to pay the premiums on a policy insuring Mr. Lipson's life for $4 million."

Carol Lipson's attorney, David Braverman of Center City, who deemed the separate filing a "retaliatory lawsuit" in his response, declined to comment on the case when contacted by PhillyVoice on Monday.