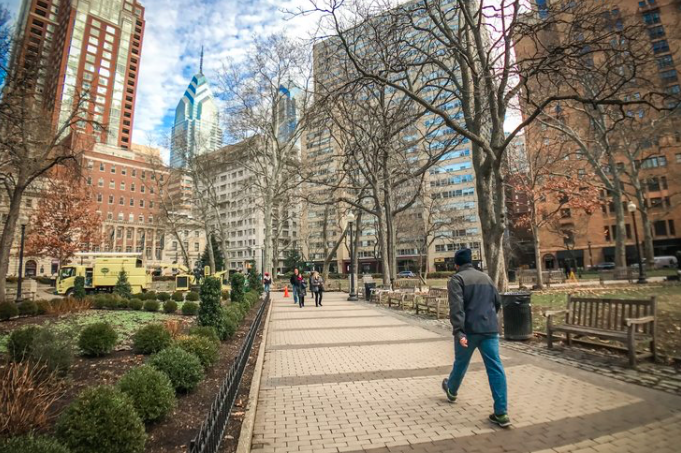 A fight that broke out Rittenhouse Square led to the fatal stabbing of a 51-year-old man on Thursday, Nov. 21, 2019, according to Philadelphia police.

Authorities said a 911 call was made around 10 p.m. for a report of a person screaming inside the park.

When police arrived, they found a 51-year-old victim suffering from multiple stab wounds to his neck, shoulder, chest and back.

At first, the victim was reportedly uncooperative with police and refused to accept medical attention. He later was taken to Jefferson University Hospital where he was pronounced dead shortly before midnight.

Investigators said the stabbing appears to have stemmed from a fight that broke out around the entrance to the park at 18th and Walnut streets. Authorities believe the victim was involved in an altercation with a group of men.

Police stopped a suspect who was identified by a witness at the park, but they were unable to take him into custody because the victim refused to identify him as the perpetrator, Chief Inspector Scott Small said.

Authorities plan to review surveillance video to assist in the ongoing investigation.