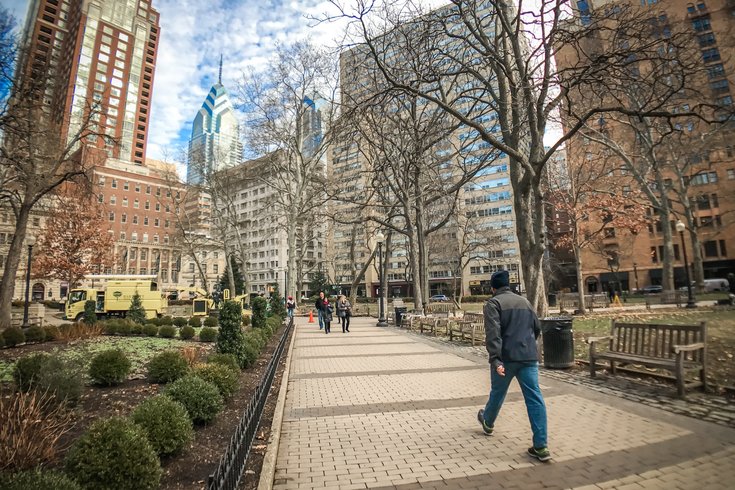 The break near 18th & Rittenhouse streets was reported around 6:00 a.m., sending water gushing along the park’s border past restaurants Barclay Prime and Parc.

A water main break in Rittenhouse Square shuts down a few streets this morning. Luckily not cold enough to ice over @NBCPhiladelphia pic.twitter.com/48A0EUQlTD

The water department, which arrived at the scene around 7:30 a.m., will close 18th Street between Spruce and Walnut Streets this morning to make repairs. The cause of the leak is still unknown.

Though it was not quite cold enough for the water to freeze over, motorists are advised to avoid the area as repairs are underway.