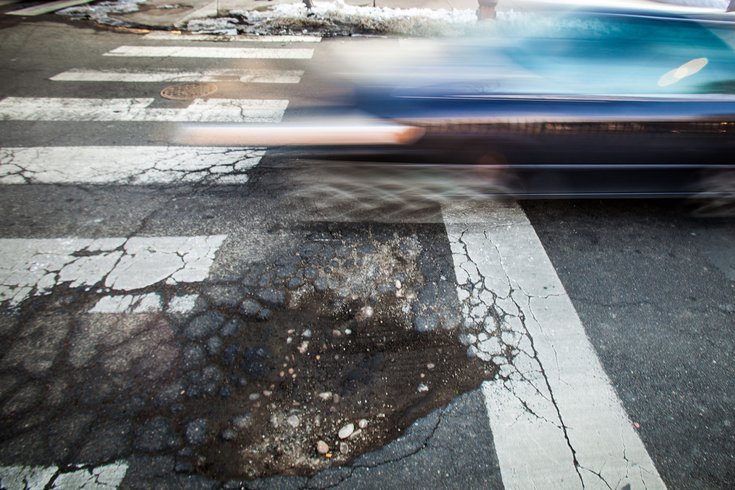 Philadelphia will repave more than 95 miles of roadway in 2019, continuing a trend of more widespread street resurfacing over the past five years.

City officials announceed Wednesday that a $200 million plan will address the city's roads in the months to come.

“I know that repaving and potholes are major concerns for our residents, I hear about it everywhere I go,” said Mayor Jim Kenney. “To address these concerns, we have made investing in our streets a priority. We are proposing $200 million over six years to improve the city’s roadway infrastructure, investments that have been overdue for a decade.”

Also on Wednesday, the city launched the PavePHL map, which will allow residents to monitor progress and locations of resurfacing projects throughout Philadelphia. The Streets Department website also has a downloadable spreadsheet listing the streets that are among the 2019 resurfacing projects.

To keep up with the national standard, the Streets Department would have to repave an average of 131 miles annually.

Last year, Philadelphia repaved 77 miles of roadway, well below that standard. The city will invest more heavily in 2019 to move closer to that goal.

The city's resurfacing plan for 2019 represents a 238% increase in repaving productivity during the last five fiscal years.

“So far, we have paved 64 miles of streets with two paving crews, compared with 47 miles this time last year,” said Streets Commissioner Carlton Williams. “The new paving guide and PavePHL map make the paving process more transparent and inform residents on what to expect when their street is getting repaved.”