Rock steady: why are crystals making a comeback?

With crystals, everything old is new again 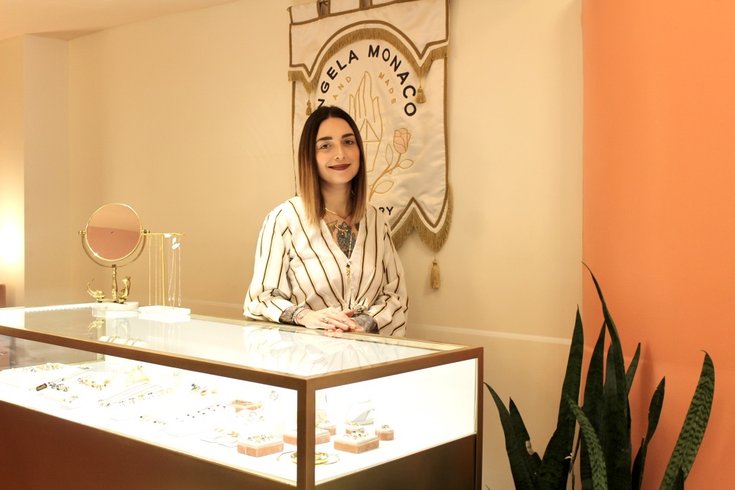 Angela Monaco, owner of Ritual Shoppe, has been passionate about crystals her whole life.

Crystals seem to be everywhere these days: in jewelry, on desktops and even in fancy, $80 water bottles. But how did we get here...again?

Sure, crystals were popular in the 1970s during the New Age movement, but flash forward a few decades and they’re back in mainstream consciousness, with celebs like Adele and Katy Perry raving about them and retail juggernauts like Urban Outfitters stocking them.

For Angela Monaco of Ritual Shoppe in Rittenhouse, a destination for handmade jewelry, crystals have always been a subject of fascination.

“My mom has always been really into them,” she says. “When I was growing up, she had crystals all over the house, along with Zuni figures, sage—she burned candles for me. I got into them naturally.”

But even Monaco admits that there has been an increased interest in recent years.

“With yoga getting so popular, people started to get opened up,” she says. “In the last five years, crystals have really exploded.”

The question is: Why?

According to J. Walter Thompson’s Trend Forecast report for 2016, the popularity of crystals could be attributed to consumers shifting away from mainstream religions.

A 2015 Pew study supports this idea, showing that with each passing generation, people are becoming less religious, with only 27 percent of millennials attending religious services weekly compared to 34 percent of Generation X, 38 percent of Baby Boomers and 51 percent of the Silent Generation.

Could crystals be stepping into to fill the belief vacuum?

Marialena Rago, who was raised Catholic but no longer goes to church, got into crystals last year.

“I like the idea of having something tangible that I can put energy into,” she says. “That’s the whole point of crystals to me.”

The 23-year-old content manager has incorporated crystal healing into her daily routine, meditating with them daily as well as recharging them during full and new moons. She even reveals that they helped her manage anxiety for a recent international trip.

“I went away to London and I am a terrible traveler,” she says. “I get a lot of anxiety flying, so the night before my trip, I meditated with three crystals that are good for calming anxiety.”

When asked why young people are moving towards crystals and away from organized religions, Rago thinks they’re just fed up.

“We want a way to connect with something that doesn’t dictate how we think or puts limits on us,” she says. “Crystals are also very personalized. You can have as many or as little as you want and you pick the ones that you are drawn to.”

Sal La Marco, owner of South Street’s Mineralistic, doesn’t think the increased popularity of crystals has anything to do with generational differences, but with increased social pressures across the board.

“The worse social pressures get, the better my store does,” he says. “Some people are lost. What they’ve been taught hasn’t been helping them.”

He adds, “But no generation has been more manipulated than millennials. The most common worry I hear from them is student loan debt, and there’s no stone to solve that.”

Monaco echoes a similar notion in that the more overwhelming the world becomes, the more people need coping mechanisms.

“Sh—t’s getting real. Things are getting dark and people have to resort to a way of healing they maybe wouldn’t have accessed before,” she says.

At the end of the day however, the most important thing is that people believe in something.

“I love all spirituality,” Monaco says. “We need connection to a higher power. You won’t get very far without that.”