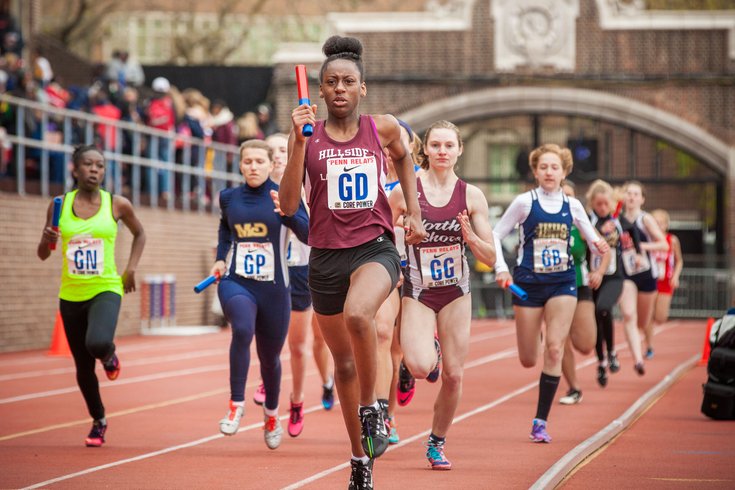 Hign school girls compete in a 4X400 heat at the nation's largest and oldest track and field meet, the Penn Relays, which kicked off Thursday, April 23, 2015 at the University of Pennsylvania's Franklin Field.

Once a year athletes from around the world compete in more than 400 track and field events at the University of Pennsylvania's Franklin Field. The Penn Relays, which attract tens of thousands of participants and spectators each day, will descend upon University City, April 23 through April 25.

During race days, the area around Franklin Field turns into a carnival for spectators with street vendors selling merchandise, fan gear and food with sponsors hosting giveaways and games. Athletes and their fans traipse around in their school or national colors and the whole area buzzes with excitement for the upcoming races.

Don't miss the races which pit Jamaican competitors against U.S. competitors - their friendly rivalry always gets the crowd roaring in anticipation and good-spirited fun. On the final day of the relays, look out for famous faces. In previous years, Olympic athletes like Usain Bolt and Allyson Felix have made appearances as professional entries, though this info is kept tightly sealed until race day.