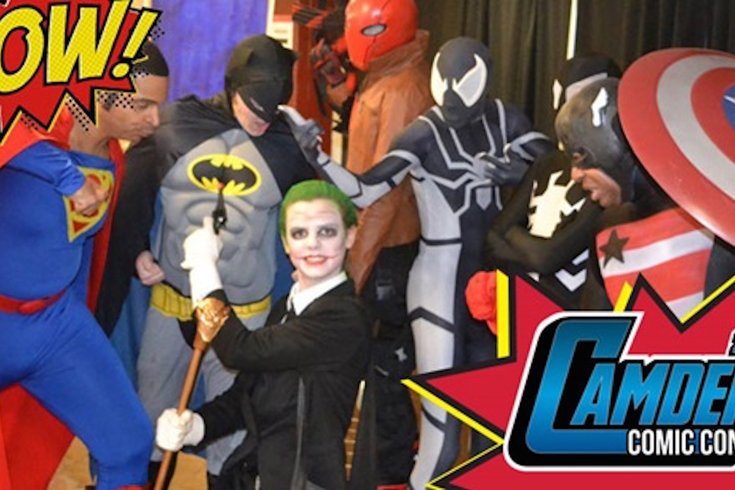 The event will feature comics-related panel discussions and nearly 100 vendors selling comics and a variety of comics-related memorabilia, art, and merchandise.

This year, there will also be an expanded list of guest creators, illustrators and writers, who will meet and greet fans and showcase their work.

“Word spread through this community of artists about what a great experience last year’s event was,” said Miranda Powell, program assistant for arts education and community arts for the Rutgers–Camden Center for the Arts, in a university release.

"Several guest artists told us that Camden Comic Con really captured a spirit that has gone away in the convention world, which has become increasingly commercialized. To have a convention like this that is focused on artistry, education, and community is really unique.”

Mark McKenna, a longtime industry professional who worked for Marvel and DC Comics, and created “Banana Tail,” will be among the guests. Shawn Martinbrough, who works as an illustrator for Marvel Comics, Vertigo and DC Comics, will also be there.

The event, which is free and open to the public, takes place from 10 a.m. to 5 p.m. in the Campus Center and the Athletic and Fitness Center.