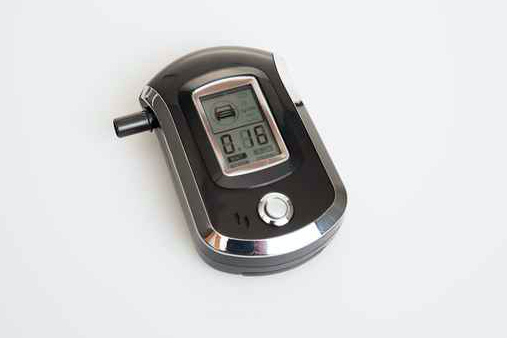 A COVID-19 breathalyzer test, similar to the analysis that measures blood alcohol content, is under development at Rutgers University.

Testing for COVID-19 could soon be as easy as blowing into a tube.

Researchers at Rutgers University are working to develop a non-invasive, rapid COVID-19 test that can detect the virus and other respiratory illnesses in minutes, similar to a blood alcohol content breathalyzer analysis.

The test would collect users' exhaled particles and deposit them onto an electronic biosensor, providing results in just 10 minutes.

"In addition to helping diagnose COVID-19, the goal of the project is to create a platform that can be expanded into a future, easy-to-use, non-invasive rapid breathalyzer to diagnostic respiratory diseases, including possible future pandemics," said principal investigator Edward DeMauro, assistant professor in Rutgers' Department of Mechanical and Aerospace Engineering.

The National Institutes of Health's Rapid Acceleration of Diagnostics initiative awarded a two-year, $443,000 grant to DeMauro, German Drazer, Hao Lin and Mehdi Javanmard for the project.

They hope the new rapid breathalyzer technology could help reopen large event venues. A prototype could be ready within the next two years, researchers said.

"It is an excellent technology with a huge potential when it comes to the market," said Pragati Sharma, Rutgers HealthAdvance Fund manager.

The test can be performed without the need for a health care worker or lab results, which could be groundbreaking for examining people with intellectual disabilities and autism who are house-bound and cannot travel independently.

This population has been disproportionately impacted by COVID-19. A report from NPR found that Pennsylvanians with intellectual disabilities were more likely to die from COVID-19 than other residents of the state.

This isn't the first piece of COVID-19 technology to come out of New Jersey's state university. Rutgers researchers also developed a saliva test that was less-invasive than the far-reaching nasal swab that was approved by the Food and Drug Administration.

DeMauro told PhillyMag that he, Drazer and Lin had been working on an air purification system at the same time that Javanmard was developing a sensor to detect proteins in exhaled breath. They combined forces and worked to create the breathalyzer test with both sets of technology.

They are currently performing simulations and optimizations of the devices and building prototypes.