Rutgers student takes off running around the world 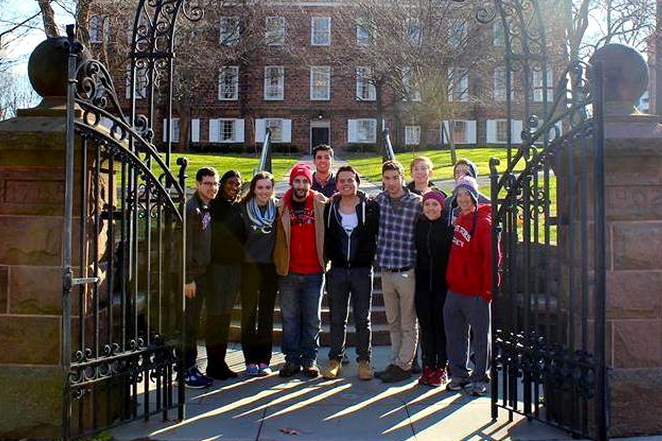 Andrew Rodriguez will visit friends and family around the world during 'Run the World 2k15' as he raises money for cancer research and treatment.

Some college seniors might be inclined to mail it in as they approach the academic finish line, choosing to focus on what lies ahead, but one Rutgers University student is taking his mission to fight deadly diseases around the globe.
This week, Andrew Rodriguez, a senior in the School of Arts and Sciences, officially began 'Run the World 2k15', a series of five half marathons in cities around the world with high cancer-rates, The Daily Targum reports.
Two years ago, Rodriguez' father was diagnosed with prostate cancer and successfully treated at City of Hope, a California facility specializing in cancer, diabetes and HIV research and treatment.
Sponsored by City of Hope, Rodriguez started the first leg of the campaign this week under the gate at Old Queens on the College Avenue campus. His full itinerary, extending until April 12, includes the Semi-Marathon de Paris, the Jerusalem Half Mile, the Twilight Running Festival in Brisbane, The Great Race at Agoura Hills (in his home state of California), and finally the Rutgers Unite Half Marathon.
Rodriguez hopes to raise a dollar for every mile he travels, which totals an estimated 25,000 for the circumference of the earth. All proceeds will go to City of Hope as Rodriguez also aims to raise enough to have a room named after a high school friend who died of leukemia.
Read the full story here.