O'Connor says she plans to 'withdraw from public life' 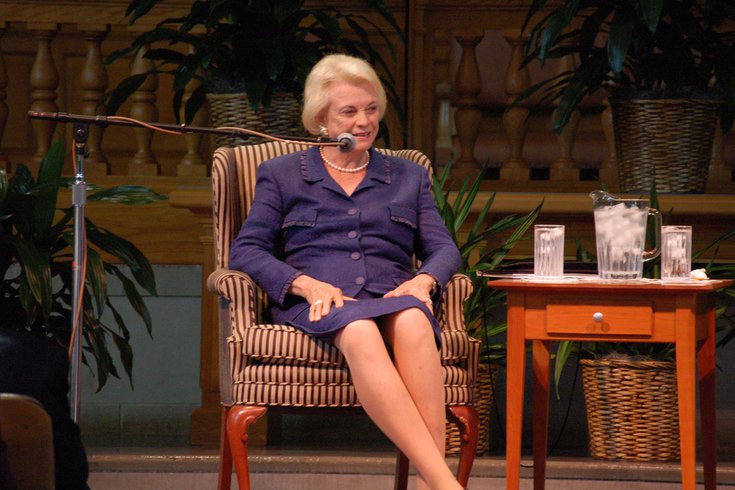 O'Connor made the announcement on Tuesday morning.

Sandra Day O’Connor, the first woman to serve on the U.S. Supreme Court announced Tuesday morning that she will be withdrawing from public life after being diagnosed with early-stage dementia that may become Alzheimer’s disease.

“As this condition has progressed, I am no longer able to participate in public life,” O’Connor said in her statement. “Since many people have asked about my current status and activities, I want to be open about these changes, and while I am still able, share some personal thoughts.”

Appointed by President Ronald Reagan, O’Connor served on the Supreme Court from 1981 to 2006, during which she was integral for her role as a trailblazer for women and as a swing voter. Eight years ago, O'Connor created iCivics, an online platform aiming to help students better understand the Constitution and government systems. In her statement, she called for new leaders to take the reins:

"I can no longer help lead this cause, due to my physical condition. It is time for new leaders to make civic learning and civic engagement a reality for all. It is my great hope that our nation will commit to educating our youth about civics, and to helping young people understand their crucial role as informed, active citizens in our nation."

O'Connor also urged others to follow in her footsteps of promoting civic understanding.

"To achieve this, I hope that private citizens, counties, states, and the federal government will work together to create and fund a nationwide civics education initiative. Many wonderful people already are working towards this goal, but they need real help and public commitment. I look forward to watching from the sidelines as others continue the hard work ahead."

O'Connor closed her statement by detailing her plan for the time to come:

"I will continue living in Phoenix, Arizona, surrounded by dear friends and family. While the final chapter of my life with dementia may be trying, nothing has diminished my gratitude and deep appreciation for the countless blessings in my life. How fortunate I feel to be an American and to have been presented with the remarkable opportunities available to the citizens of our country. As a young cowgirl from the Arizona desert, I never could have imagined that one day I would become the first woman justice on the U.S. Supreme Court."

You can read the full statement here.