Treat yourself to a trip to the spa: Sitting in the sauna boasts a ton of health benefits

A hot room sounds like the perfect late-winter getaway 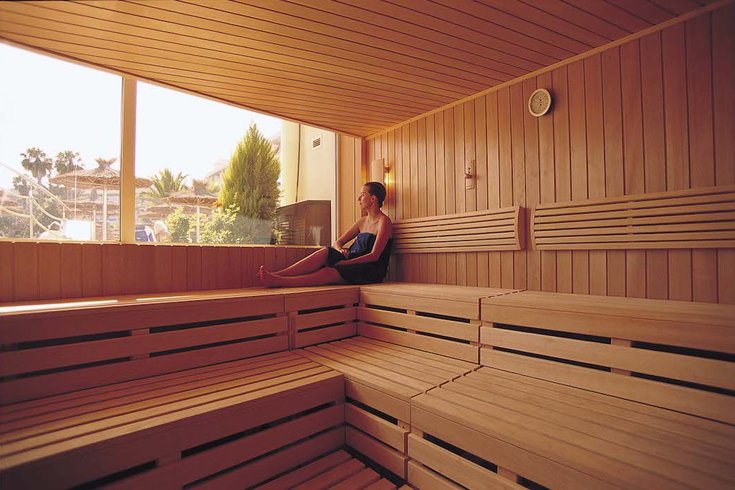 Undoubtedly, we will soon be complaining about extremely hot weather that renders us incapable of walking a few blocks without developing a layer of sweat. But, for now, warmth sounds pretty nice.

One great way to warm up without having to, well, move to the southwest, is stepping foot into a sauna. Saunas use a dry heat that must reach at least 150 degrees Fahrenheit — as to guarantee their relaxing effects, according to the North American Sauna Society — with very low humidity of 20- to 40- percent. Traditional saunas are typically heated by a wood or electric stove, whereas infrared saunas call upon technologies including ultraviolet and infrared rays.

RELATED READ: Two quick hits of snow later this week before rain on the weekend

Sitting in the sauna can increase a person's skin temperature to close to 104 degrees Fahrenheit, according to Medical News Today. As a result, the body will begin to sweat quite heavily in an attempt to stay, and as much as a pint of sweat could be lost in a short sauna stint.

The best part? These hot rooms have real health benefits. While types of saunas and their temperatures can vary, the effects on the body are typically quite similar.

When a person sits in a sauna, their heart rate increases and blood vessels widen, which increases circulation in a similar way to low to moderate exercise depending on the duration of sauna use. Similarly, the heart rate may increase to 100 to 150 beats per minute, which is thought to bring some health benefits, including easing pain, reducing stress levels, improving cardiovascular health, skin problems, asthma, and even perhaps lowering the risk of Alzheimer’s disease.

With that information in mind, sitting in a sauna is *almost* as beneficial health-wise as taking a steady-paced walk (either outside or on a treadmill), Women’s Health explains. Of course, sauna-sitting is no replacement for your regularly-prescribed exercise.

Dr. Chiti Parikh, co-director of the integrative health and well-being program at New York Presbyterian Weill Cornell Medical Center, tells Women's Health that spending time in a sauna can improve blood circulation and cardiovascular health. Regular sauna-users — those who clock 20 minutes in the heated room four times a week— have been found to have a significantly decreased risk of heart attack, stroke and dementia, according to studies, Parikh told the magazine.

As for where you should sit in the sauna, Parikh told Women's Health that sitting close to the floor means the heat is less intense since, as we all know, heat rises.