Schefter: 'Momentum and signs seem to be piling up against a Chip Kelly return to Philadelphia'

Report: Kelly, Birds 'sick of each other' 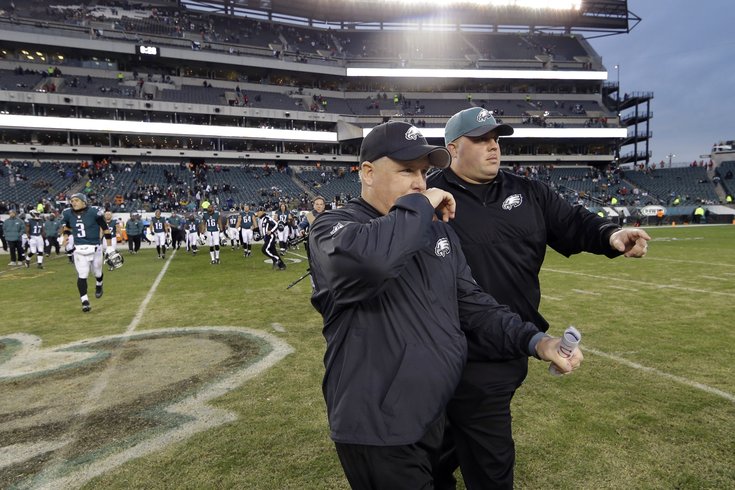 Could Chip Kelly's tenure in Philadelphia last only three years?

Appearing on SiriusXM NFL Radio, Adam Schefter of ESPN said that "momentum and signs seem to be piling up against a Chip Kelly return to Philadelphia" in 2016, citing that the two sides "are sick of each other." SiriusXM tweeted Schefter's quote, then quickly deleted it. 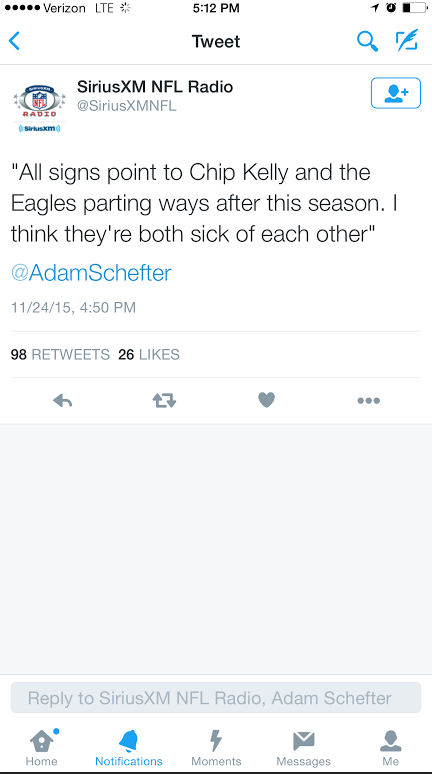 The Eagles have struggled through a dismal 4-6 start to this season, and Kelly's teams (particularly his offenses) have regressed since his first year in Philly in 2013.

“I think momentum and signs seem to be piling up against a Chip Kelly return to Philadelphia. I think both sides are sick of each other. I think the fans are tired of him. I think he’s tired of the situation there. (That’s) just my read, from afar. That stadium began emptying early in the fourth quarter. It was an ugly scene.”

“They are still in the thick of that division race, let’s not forget that. If they go to Detroit on that Thanksgiving Day (and win), we’ll have a different conversation next week. I just think that Chip Kelly, if given a choice, might be comfortable elsewhere. I certainly would include him in my question marks at coaches that we’ll be tracking in January. I think we can say that.”

Schefter's says it is "his read, from afar." However, based on conversations I've had with people close to the team, while certainly not concrete information, Schefter's comments do not come as a surprise. It is not my opinion that Schefter is merely spit-balling here.