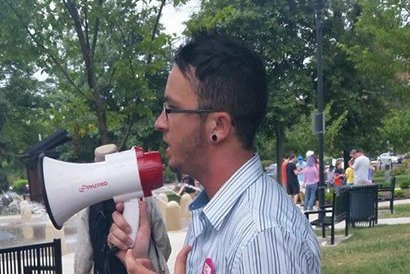 Tyler Titus became the first transgender elected official in Pennsylvania, earning one of four open spots on the board of the Erie School District.

Titus, a 33-year-old dad to two boys, is a youth advocate and counselor who has worked in Erie'e private and public schools, according to PennLive.

"Trans people remain severely underrepresented in our politics and government, and now more than ever we need trans voices like Tyler’s in the halls of power."

Marshall, known for his socially conservative views, introduced legislation this year that would have restricted the bathroom use of transgender individuals and repeatedly misidentified Roem's gender on the campaign trail.

While Pennsylvania has no other transgender elected officials, Physician General Rachel Levine made history when she was appointed by Gov. Tom Wolf and confirmed by the state senate in 2015, making her one of the highest-ranking transgender officials in the country.