As communities around the country search for solutions, Philadelphia doubles incentive program for families 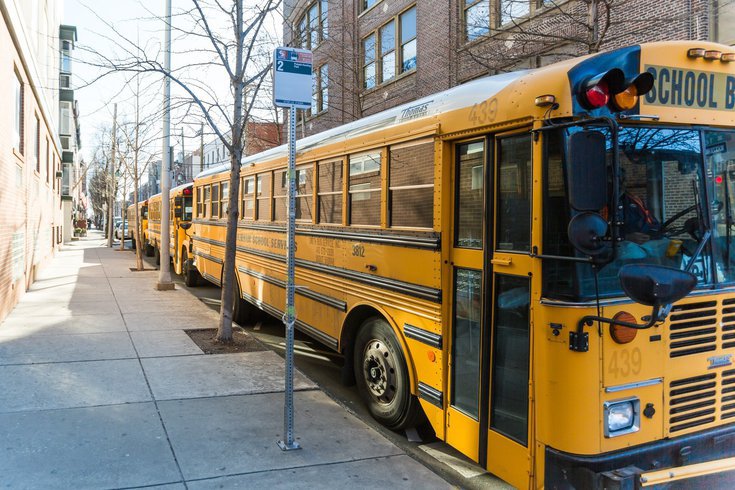 Parents who drive their children to and from school in the morning and afternoon, instead of using district-provided school busses, can receive $300 per month through the School District of Philadelphia's Parent Flat Rate program. That incentive has been doubled in effort to relieve pressure from a school bus driver shortage affecting communities throughout the United States.

Philadelphia parents who drive their kids to school, instead of using a district-provided school bus, are now eligible to receive up to $3,000 over the school year, doubling the current incentive program as the district deals with the dire shortage of school bus drivers impacting communities across the United States.

School District of Philadelphia Superintendent William H. Hite outlined the incentive program and the steps the district is taking to address the problem in a blog post on Tuesday.

"It has been exciting to have our young people back in school in person," Hite said. "However, the driver shortage – which is severely impacting schools, trash and food vendors, and other companies across the nation – coupled with a significant increase in resignations and retirements at SDP and local garages, have disrupted our operations beyond what we initially anticipated."

Parents who take kids to school in the mornings only, but still utilize school bus or cab service in the afternoons, can receive $150 per month, the district said.

The school district has a Google Forms sheet that families can fill out to enroll in the program.

The district will also provide SEPTA Student Fare Cards to students who are normally are eligible for bus, van or cab services, and Hite wrote that the district is in discussion with SEPTA about providing fare cards to adults who do not drive and would need to help students get to schools via public transportation.

Hite said the district is continuing to meet with transportation vendors and community partners to find solutions to the driver shortage, which has been caused by a number of economic and social factors.

An aging workforce of school bus drivers already was declining prior to the coronavirus pandemic, but the instability created by virtual education last year and ongoing health concerns surrounding viral exposure among unvaccinated children have worsened the shortage. Many eligible drivers also have opted to work for package delivery services, which have seen a massive increase in business during the pandemic.

The School District of Philadelphia provides transportation to more than 45,000 students across district, charter and non-public schools. The majority of those students are not district students, but state law requires that the district must provide service to private school and eligible charter students. The district is required by law to transport students in grades 1-6 who live more than 1.5 miles away from the schools they attend.

A school district spokesperson said Wednesday that its transportation team designed and created the service plan for the start of the school year based on 900 routes and 1,396 bus runs, which are a subset of bus runs. The number of runs changes regularly as the district's Office of Transportation receives information of new enrollments, address changes and other information needed to determine where students will be picked up.

The school district's transportation manager told the Inquirer last week that the school district needs 1,300 bus drivers to cover all of the routes to and from schools. A couple months ago, the district thought it had 900 drivers lined up, a combination of district employees and contracted drivers from vendors, but not all of those drivers showed up for the first day of school.

"We need about 100 drivers immediately and 400 over the next several weeks as we process new requests and need additional support in transporting students," the district spokesperson told PhillyVoice on Wednesday, emphasizing that the driver shortage is a national problem impacting not just schools, but other industries as well.

Some parts of the country have had to get creative on short notice to address the school transportation problem.

Hite said the problem in Philadelphia is affecting not only school bus transportation, but also trash collection at schools, which stems from a broader driver shortage disrupting residential trash pick-up. The school district is talking with other vendors about trash pickup solutions and has procured additional bulk dumpsters, placed at various sites throughout the city, for the purposes of collecting overflow trash and hauling it away more efficiently, Hite said.

People interested in becoming school bus driers are encouraged to apply through the school district's Office of Transportation.

"We realize that this driver shortage has very real consequences for our students, families and staff, and we sincerely apologize for these service disruptions," Hite said. "Please know that we are taking this matter very seriously, and will continue to explore options until all excess trash is removed from our school sites and timely transportation services for our students are restored."