Selena Gomez is undergoing 'dialectical behavioral therapy' — here's what that is 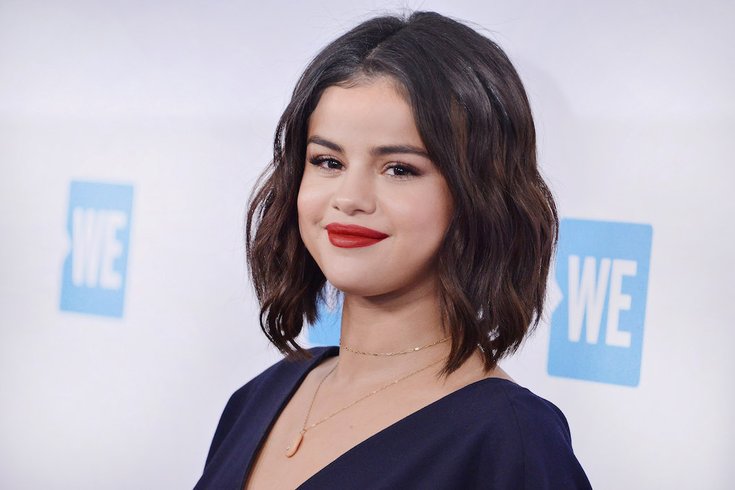 Selena Gomez arrives at WE Day California 2018 held at The Forum in Inglewood, CA on Thursday, April 19, 2018. (Photo By Sthanlee B. Mirador/Sipa USA)

If you follow celebrity news at all, then it’s likely that you know Selena Gomez is having a rough go of it right now.

Reportedly, she had an emotional breakdown of sorts — a panic attack, really — after a “tough few weeks” of being hospitalized twice for a low white blood cell count, a common side effect from the kidney transplant she received last year to aid in her lupus treatment, per People.

I’m very aware some of my fans had noticed I was laying low for part of the summer and questioning why I wasn’t promoting my new music, which I was extremely proud of. So I found out I needed to get a kidney transplant due to my Lupus and was recovering. It was what I needed to do for my overall health. I honestly look forward to sharing with you, soon my journey through these past several months as I have always wanted to do with you. Until then I want to publicly thank my family and incredible team of doctors for everything they have done for me prior to and post-surgery. And finally, there aren’t words to describe how I can possibly thank my beautiful friend Francia Raisa. She gave me the ultimate gift and sacrifice by donating her kidney to me. I am incredibly blessed. I love you so much sis. Lupus continues to be very misunderstood but progress is being made. For more information regarding Lupus please go to the Lupus Research Alliance website: www.lupusresearch.org/ -by grace through faith

“She realized she needed to seek additional help for her ongoing emotional issues. She’s surrounded by close family and has a lot of support. She’s doing better now and is seeking treatment on the East Coast,” a source told People.

The treatment the singer is undergoing is called “dialectical behavioral therapy” and if you’re anything like me, those words put a big ol’ question mark on my forehead, so we did some digging.

Dialectical behavioral therapy (DBT) is a cognitive-behavioral treatment aiming to impart patients with a skill set for managing painful emotions and conflict in relationships.

It focuses on providing skills in four specific areas, according to psychcentral.com:

• Mindfulness: the ability to be present and accepting of the current moment

• Distress tolerance: tolerance of negative emotions, rather than escape

• Interpersonal effectiveness: communicating with others assertively, while maintaining self-respect and positive relationships

Most beneficial to Gomez might be better skills to deal with distress, which she most likely experiences regularly with her health issues and celebrity status.

The actual DBT treatment process typically includes individual therapy as well as group sessions that put a patient’s newly-learned skills into practice. While there’s no cookie-cutter timeframe for DBT treatment – it is highly personal – the average length of treatment would be about a couple of hours per week for six months, according to the Delray Center for Healing.

And, as it turns out, there’s some local DBT treatment centers in Roxborough and South Jersey if you’re interested in the process.