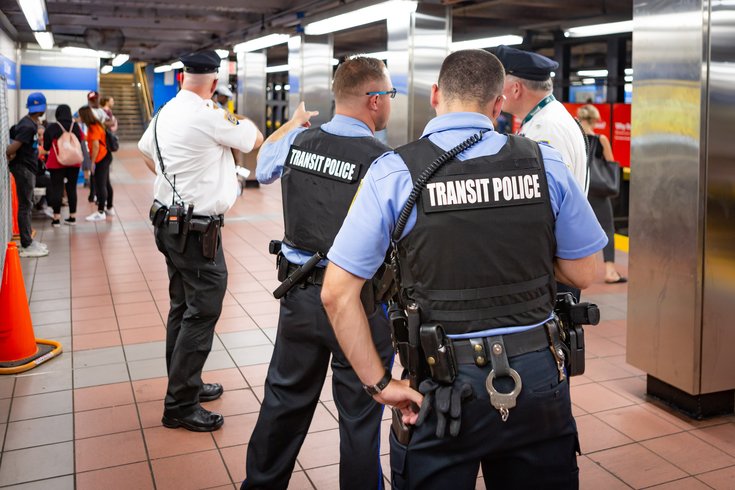 SEPTA Transit Police officers on the eastbound platform of the Market-Frankford subway line at 15th Street following a shooting that occurred there on Monday afternoon, Aug. 12, 2019.

Philadelphia police are searching for a suspect who shot a man in both legs Monday afternoon at SEPTA's 15th Street Station, one of the busiest hubs along the Market-Frankford Line.

The incident happened shortly after 3 p.m. Two men were involved in a confrontation on the eastbound platform when one of them pulled out a handgun and shot the other, a SEPTA spokesperson said. The shooter then fled the scene. 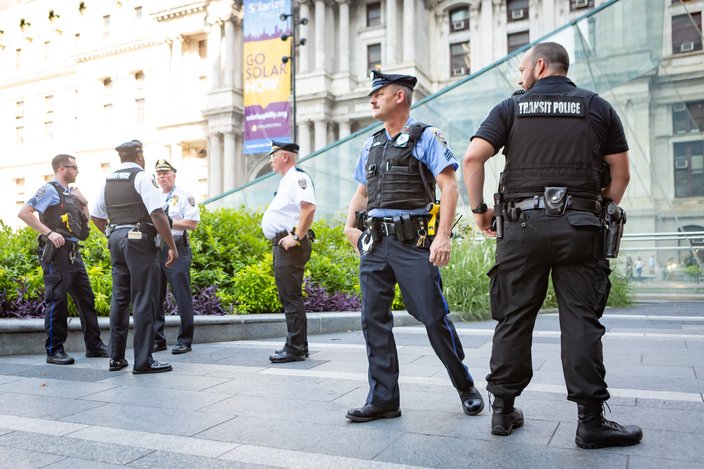 SEPTA Transit Police officers at Dilworth Park following a shooting that occurred at 15th Street on the eastbound platform of the Market-Frankford subway line, Monday, Aug. 12, 2019.

Philadelphia police said the injured man was shot once in each thigh and transported to Thomas Jefferson University Hospital where he is in stable condition.

The suspect was initially described as a black male in his early 20s, about 5-foot-6 with wavy hair. He was last seen wearing blue jeans, black Nike Air Force 1 shoes, and blue t-shirt with the word "GAP" on it.

The scene outside 15th and Market streets was hectic on Monday afternoon as SEPTA riders and pedestrians in Center City passed through the area. 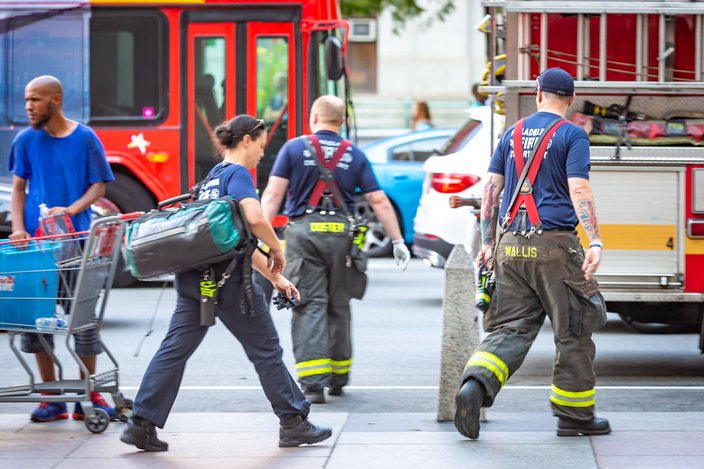 Paramedics near Dilworth Park following a shooting that occurred on the eastbound platform at 15th Street of the Market-Frankford subway line, Monday, Aug. 12, 2019.

SEPTA officials temporarily had several stations boarding in both directions on the westbound platform. Normal activity resumed shortly after 4 p.m.

MFL: Police activity has cleared. Passengers may board all trains from their normal boarding locations. Service is operating with residual delays of up to 10 minutes in both directions.