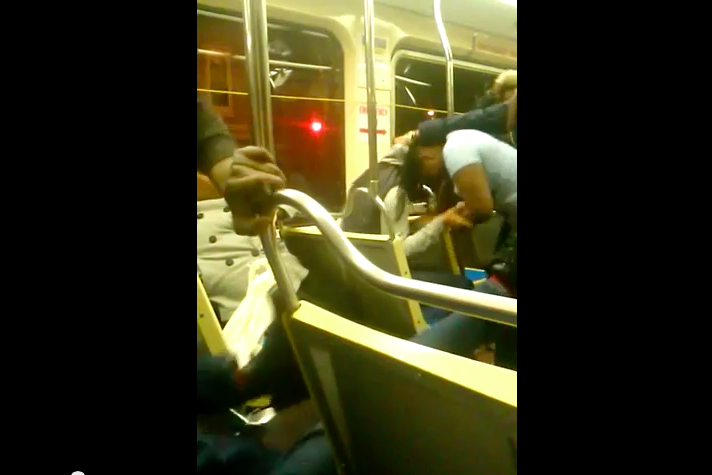 A screenshot of a video showing a group fight on a SEPTA city trolley.

SEPTA police are investigating an alleged group attack on a city trolley after a video was posted on YouTube Saturday.

A group of young men and women appear to be kicking and stomping at someone on the floor, while another female can be seen punching another passenger. The video contains graphic content.

Williams said the young people involved all know each other and are students at a local high school. A neighborhood or school-related dispute was re-ignited on the trolley and led to the scuffle.

The fight initially began between some girls and then escalated, with the 18-year-old boyfriend of one of the girls, 17, also getting involved.

SEPTA police were notified by the trolley operator and were able to respond with medical assistance for the young girl. Her boyfriend refused medical treatment, Williams said.

"We are in the process of encouraging them to cooperate so that we can further identify the assailants and have them charged with assault," Williams said.

This latest video is just one of many fight clips captured on the cellphones of SEPTA riders.

Williams said people's cellphones could be put to better use in these situations.

"Most of our vehicles have video, so we already have the ability to capture these incidents," she said. "We would rather people use their phones to call for assistance."