The transportation authority is holding a pre-proposal meeting Thursday 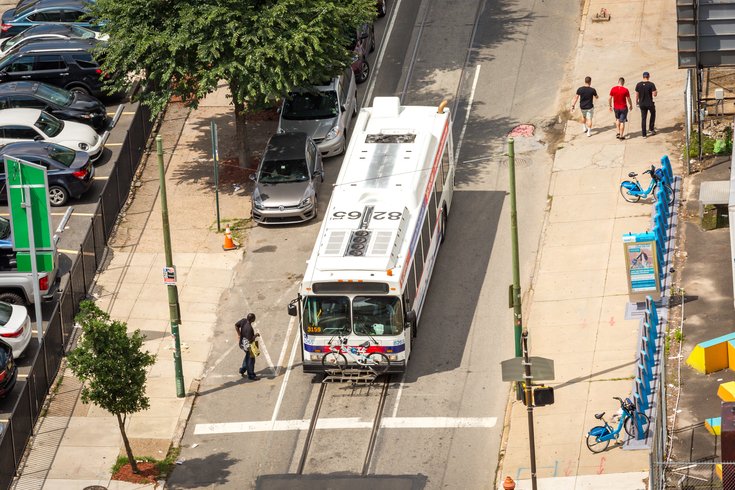 A SEPTA bus picks up a rider on North 12th Street in the Callowhill neighborhood of Philadelphia.

SEPTA announced in a release Wednesday it is seeking proposals to purchase renewable energy generated by wind, solar, or other sources in order to transition up to 20 percent of SEPTA’s annual electricity to zero-carbon sources.

A pre-proposal meeting is scheduled for Thursday morning at SEPTA’s Market Street headquarters, according to the invitation from SEPTA, which was issued on Oct. 8.

To be eligible, the release says, proposed projects must be “competitive” with SEPTA’s current cost of electricity. SEPTA says it’s looking for an agreement for up to 20 years.

“This RFP represents a key commitment of SEPTA's Energy Action Plan to reduce greenhouse gas emissions from transportation,” said SEPTA General Manager Jeffrey D. Knueppel in a release. “…With this initiative, SEPTA will advance its position as a leader in environmental sustainability.”

SEPTA’s 2018 Energy Action Plan envisions a savings of 89.2 million pounds of carbon dioxide equivalent, a unit for measuring carbon footprint, from 2016 to 2021.

Interestingly enough, SEPTA’s current proposed natural gas power generator in Nicetown is receiving push back from environmental groups who think it’s step backwards. However, SEPTA conducted environmental studies and found the plant would produce no detectable contaminants, and would lead to a 41 percent reduction in greenhouse gases, according to the Inquirer’s Jason Laughlin.