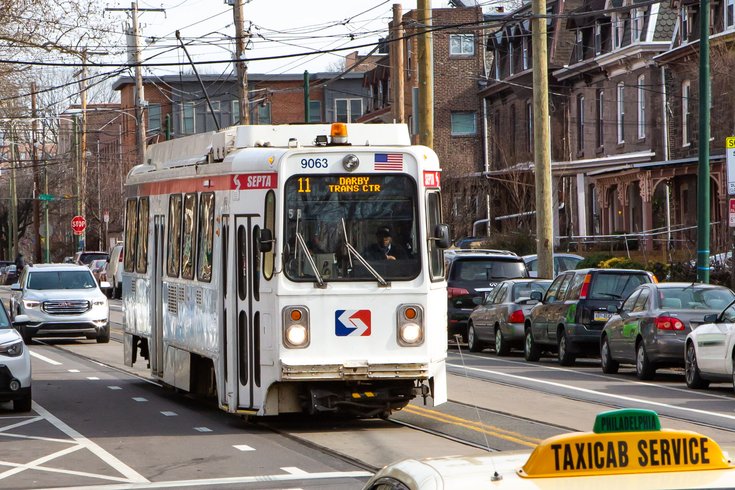 An 11 trolley on Chester Avenue in West Philadelphia.

Twenty-seven people were injured on Tuesday morning when a SEPTA trolley was struck by a paratransit vehicle and another car in West Philadelphia, officials said.

The incident occurred around 11:30 a.m. near the intersection of 41st Street and Chester Avenue.

A SEPTA spokesperson said the Route 13 trolley was struck following a collision between a CCT Connect paratransit vehicle and the car. Other reports have placed the injury total slightly higher.

#BREAKING: A @SEPTA Paratransit bus and an SUV have crashed into a packed trolley in West Philly. At least 31 people are saying they are hurt, SEPTA says. https://t.co/65qHztNL3P

The drivers of all three vehicles were transported to a nearby hospital. Their conditions were not immediately known.

The extent of injuries to passengers on the trolley also wasn't revealed, though none of the injuries in the crash are considered life-threatening.

Trolley routes 10, 11, 13, 34, 36 hav been diverted around scene with residual delays expected to continue Tuesday afternoon.

The accident is under investigation by Philadelphia police.