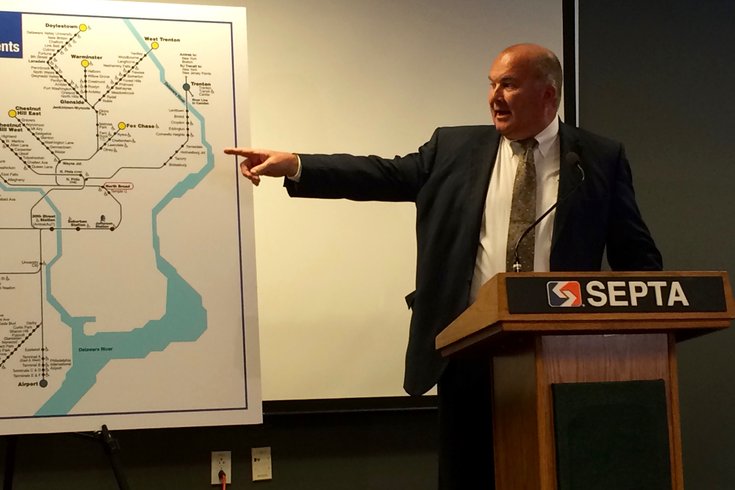 On Wednesday, Ron Hopkins, assistant general manager of operations at SEPTA, detailed coming changes to the city's regional rail system, describing them as the "most comprehensive schedule changes in well over 20 years."

"We always make minor adjustments, but this is a complete overhaul," he said.

In a press event held at SEPTA's headquarters on Market Street, Hopkins detailed the schedule and station changes that will take effect on Dec. 13. The biggest moves will occur on the West Trenton, Warminster and Airport regional rail lines.

"People like our regional rail service, but they were frustrated by delays," said Hopkins.

In an effort to address delays, Hopkins said the West Trenton and Warminster lines will no longer continue on to the airport on weekdays. These trains will also no longer travel to University City on weekdays, either.

"Some stations will change where customers reach their final destination," said Hopkins. "There are plenty of trains that will still take you to University City."

These changes, Hopkins said, are intended to address rider concerns over delays on these lines.

And, because of how the trains are linked in the system, Hopkins said, the public transit service believes trains on all regional rail lines could run on a more reliable schedule thanks to these changes.

After hearing rider complaints, and studying how to address the problem for about a year, Hopkins said, SEPTA determined that these changes to the regional rail schedule could help the trains run on a more reliable timetable.

"The reliability has not been up to our standards," he said. "We believe the changes are going to ensure a marked improvement, not only on these lines, but ... on all lines."

For more information on the changes coming to SEPTA's regional rail system on Dec. 13, click here.