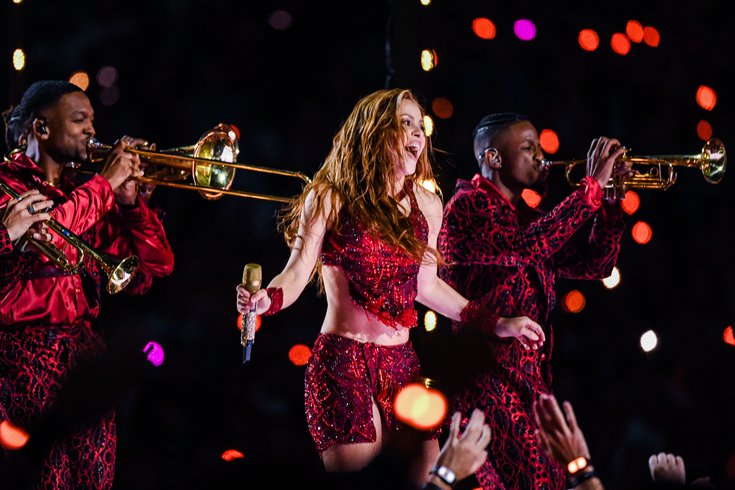 Shakira, 43, shown here performing at the Pepsi Halftime Show during Super Bowl LIV, completed a four-week course through the University of Pennsylvania in ancient philosophy.

Everyone seems to be picking up a new hobby while stuck staying at home. But instead of experimenting with a sourdough starter, Grammy award-winning singer Shakira decided to study up on ancient philosophy at the University of Pennsylvania.

Shakira, 43, completed a four-week, online course and on Thursday posted a photo to social media of her posing with her certificate and proudly boasting that she had graduated.

MORE: You can send a friend a Gritty-themed gift box from Philly's Open House

"I just graduated from my 4 week Ancient Philosophy course with the University of Pennsylvania (@Penn)," she said. "I know ... my hobbies are very impractical, but it took a lot of hours after the kids were asleep."

I just graduated from my 4 week Ancient Philosophy course with the University of Pennsylvania (@Penn). I know... my hobbies are very impractical, but it took a lot of hours after the kids were asleep. Thank you Plato and predecessors for all the "fun" over the past month! pic.twitter.com/cFTCXDjliX

The class – Ancient Philosophy: Plato and His Predecessors – is taught by philosophy professor and undergraduate chair at Penn, Susan Sauvé Meyer.

Last month, Shakira re-posted a video to Instagram that was taken by her partner, Girard Piqué. It showed the singer taking notes while watching one of the lectures. "Just a benign ancient philosophy course at @uofpenn to make the confinement productive," she said in the caption. "I have to be able to think about other things rather than Paw Patrol!!"

Just a benign ancient philosophy course at @uofpenn to make the confinement productive. I have to be able to think about other things rather than Paw Patrol!! #Repost @3gerardpique ・・・ Studying philosophy! Smart ass! #stayhome

If you'd like to follow in Shakira's footsteps and learn about the early thinkers that inspired Plato and Western Philosophy, the class is free through Coursera. Though, it costs $49 in order to receive a certificate showing you completed the course.