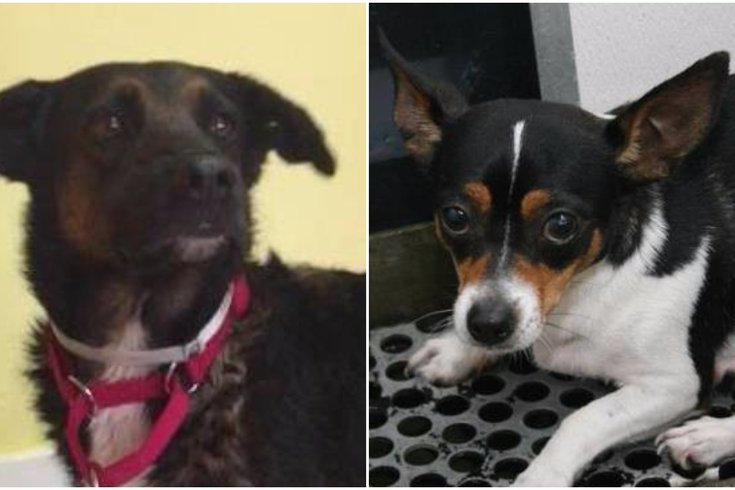 Rescue dogs Yogi (left) and Precious were killed in a Wednesday morning fire that tore through the popular Bridget Foy's restaurant on South Street.

Yogi had come from Puerto Rico and survived two hurricanes. Precious was taken from a hoarding situation.

The two rescue dogs were "learning to make their way" before they died from smoke inhalation during a fire that ripped through South Street restaurant Bridget Foy's early Wednesday morning, the rescue shelter Saved Me said.

Both dogs had been inside Doggie Style Pets, a pet store that partners with the no-kill shelter, when the fire broke out. Firefighters tried to get inside the shop, but the smoke was too heavy, the shelter said in a Facebook post.

Yogi, a 4-year-old shepherd mix, was flown to Philly after Hurricane Maria destroyed the shelter he was in, the Associated Press reported. The second dog, a Chihuahua mix, had been brought to Philly from Bowling Green, Kentucky.

"Both loved other dogs. Both were learning that people are good. They were taken from us too early," the shelter stated in the post.

The shop's surviving pets were taken to a veterinarian.

The fire started just after 1 a.m. in the basement of the restaurant, drawing more than 100 firefighters to Second and South streets. Multiple firefighters were injured and 11 apartment residents displaced.

Bridget Foy's was a mainstay on South Street for nearly 40 years.

"Please stay tuned for updates about how we can support the Foy's, Howard at the Pet Store, and anyone else affected," Michael Harris, executive director of the Headhouse District, said in a statement.