Should Philly drum up civic pride with this new(ish) flag design? 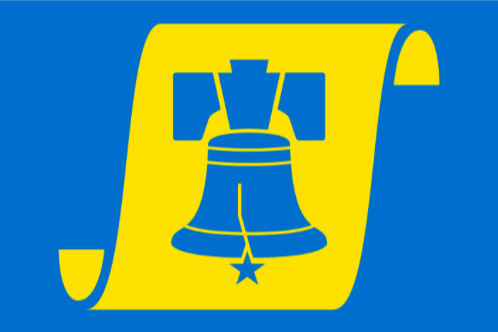 Proposed flag redesign by Philadelphia-based BresslerGroup, the product of their 2013 Reflag Project.

The importance of flags to the creation of civic pride can hardly be understated: just look at the title of our national anthem to see where Francis Scott Key got his inspiration. At the city and state level, though citizens generally tend to be less aware of their respective flags, some advocates of "reflagging" believe this is a missed opportunity to unite communities around a symbolic cause.

As CityLab wrote last week, several reflagging movements have emerged lately in states and cities around the U.S., from Milwaukee to Boston and San Francisco. The feeling is that most flags are pretty boring, generic and too similar to each other to really resonate with strong identification among residents.

The reappearance of these movements points us back to a 2013 Hidden City article written by Michael Burlando, who argued that Philadelphia should move on from the "lazy" flag designed by the Reverend Doctor Henry C. McCook in 1894. 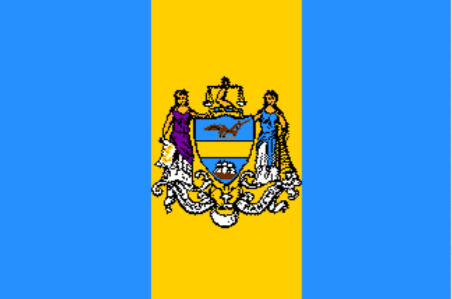 This flag, based on the city seal, depicts the figures of Peace and Plenty holding symbols of hope and prosperity at the center of a light blue backdrop. Burlando said the problem with using the seal is that it doesn't pass muster in the world of vexillology — the study of flags.


Now is the time for Philadelphia to reinvent its city flag. Not because the existing flag isn’t sufficient, but because it fails to capture the public imagination, fails a flag design, and fails to be the universally recognized and popular icon for the city that it ought to be.

Burlando called for a public design competition as the only rightful way to determine an appropriate replacement for the current flag. The initiative was met enthusiastically by Ed Mitchell, a senior industrial designer with the Philadelphia-based BresslerGroup, a research-driven product innovation lab that was glad to take on a fun side project.

Mitchell and his colleagues went on to launch the Reflag Project as part of the 2013 DesignPhiladelphia festival. They launched an intensive brainstorming and concepting process, throwing out local themes that encapsulate the experience of Philadelphia: Ben Franklin, the Liberty Bell, the Declaration of Independence, soft pretzels, beer, murals, etc. They even accepted some submissions, including one from Burlando.

After a thorough review, the team selected a design that depicts the Liberty Bell — capped with a keystone — over a stripe symbolizing the Declaration of Independence. 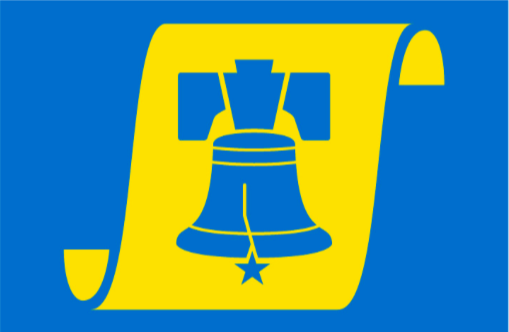 Proposed flag redesign by Philadelphia-based BresslerGroup, the product of their 2013 Reflag Project.

4. No Lettering or Seals

5. Be Distinctive or Be Related

The BresslerGroup's final design appears to adhere to all of these guidelines. But as Ted Kaye, a Portland-based vexillologist told The Boston Globe last year, the true test of a flag's civic worth is whether it becomes a tattoo. It may be an uphill battle to revive the reflagging movement, but maybe it's time to think it through again. Odds are the old Philly flag didn't ring a bell.