Can you get attacked by 'sea lice' at the Jersey Shore? 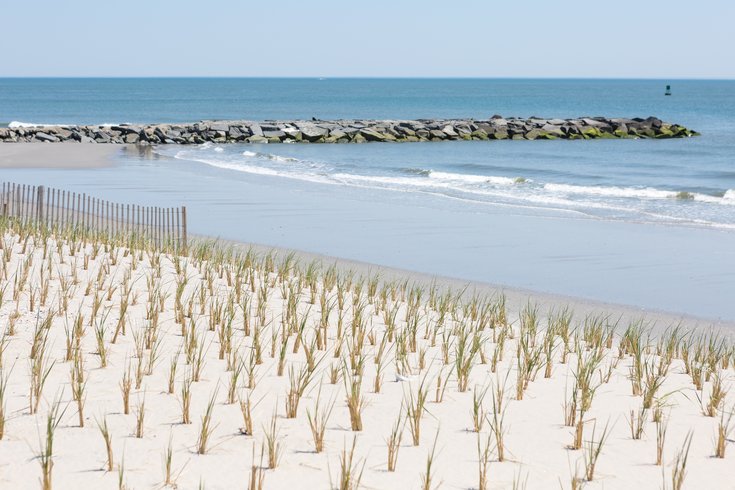 Grass begins to grow on dunes near the Absecon Inlet in Atlantic City's north end.

Did you see that story earlier this week about the 16-year-old from Australia who went into the ocean and when he returned to the beach, his legs were bloodied in some sort of sea-parasite attack?

Well, if you have – and are anything like me – you found yourself wondering if it is safe to go into the water, whether it be off New Jersey, Delaware or any coastal state in America.

It was a jarring tale, but one not entirely foreign to the region.

Well, the water’s been pretty warm this year along the Jersey Shore. With whispers and questions about “sea lice” (or sea louse) locally in 2012, 2014 and earlier this summer, the time was urgently now to ask around about it.

So, I reached out to the good folks at Stockton University in Atlantic County, N.J., to help find some answers.

The marine biology experts there vouched for Australian peers’ assessment that “sea fleas” were the likely culprit. (Christine Thompson, an assistant professor of marine science at Stockton, said “sea fleas is an umbrella term for various groups of tiny crustaceans.”)

They also noted that – sorry, folks – "sea fleas" are more prevalent in the area than “sea lice.”

That’s the bad news. The good news? The tiny carnivores that feed on human flesh don’t pose much of a threat to us humans, and that the Australian boy’s bloody legs were an effect of just being in the wrong place at the wrong time.

Dave Ambrose, a field-station tech at Stockton, saw the video from Australia and it reminded him of something that happened while surfing last week off of Long Beach Island. Here's what he had to say about it"

“I noticed that I became itchy on my bare skin and under my wetsuit top. I did not think about the irritant too much as I was more focused on the waves and the little time remaining before I needed to head to work.

"After catching a wave and paddling back out, I felt something in my beard moving around, followed with an itch.

“Curiously, I dug through my beard and furthered examine what looked like a transparent planktonic creature. Unfortunately, I could not collect any specimens due to my time restrictions.”

Still, he gathered some intel about the “critters.” They were small (0.2-0.4 millimeters), transparent with a tan hue, segmented tail with legs and large, dark-colored eyes though some had a blue-ish eye coloration.

“I'm not an expert when dealing with planktons or marine invertebrates, but I've tried to look up photos of species which I may have encountered,” he continued. “I think the creatures I was dealing with were crab larvae of some sort. I do not think I was attacked by sea lice.”

That’s a good thing since “amphipods in general are ubiquitous and non-life threatening,” according to Elizabeth Lacey, assistant professor of marine science at Stockton.

As for sea lice, Thompson didn’t “know of any specific species around here,” and cautioned against anybody being scared to go in the water because of “sea fleas.”

“I study oyster reefs and, while other species might have more of a bite, the ones I deal with there are not a threat at all,” she said. “There are a lot of creatures out there in the water but, in general, they’re not a harmful threat to humans.”

Amid the Stockton experts one question jumped out: Why was the Australian youth the only one attacked in the water that day?

“You know how people stand in the water for a while watching kids?” Thompson asked. “The consensus is that he was standing in an area where (the creatures) were feeding on a carcass and probably had a cut that attracted them.”