Significant winter storm to hit mid-Atlantic, but will Philly be spared? 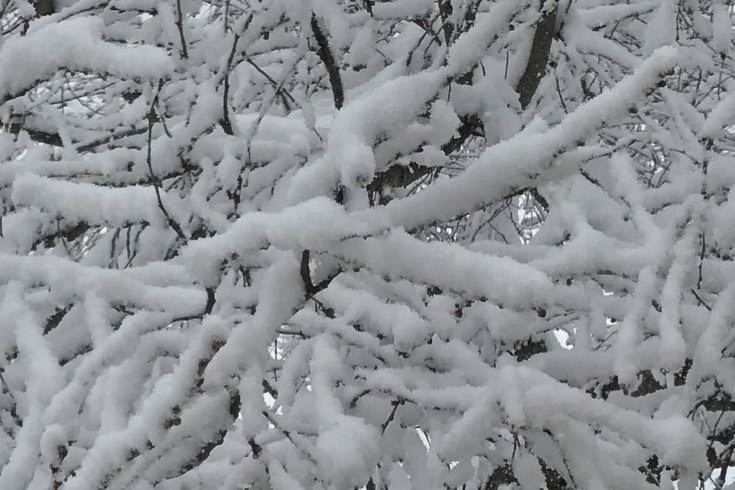 The Philadelphia region could see some snow from a significant mid-Atlantic storm from Saturday night into Sunday night, according to forecasters.

A significant winter storm will hit the mid-Atlantic over the weekend and likely bring Philadelphia some snow.

The brunt of the storm will be felt from Delaware (including Cape May at the Jersey Shore) to North Carolina, but Eagles fans should know that a couple of inches of snow could fall near the I-95 corridor by the end of Sunday's playoff game against the New Orleans Saints, according to the National Weather Service.

The snow will arrive from the west – south of Philly – on Saturday afternoon, and bring as much as a half-foot of snow to southern Maryland, Virginia and West Virginia, according to Accu-Weather.

A period of light snow is possible in the Philadelphia region on Saturday night as temperatures remain cold through the weekend, forecasters said.

Some snow is seen falling northward across Philadelphia and suburbs, and southern and central New Jersey, to parts of I-80, Accu-Weather said. (There will likely be enough snow in Cape May to require shoveling.)

The National Weather Service said the current track of the storm puts the Philly area near the northern edge of the expected heavier precipitation. Two models are trending with a slightly farther northern track, which could potential mean more snow here, while a third indicates a more southerly and weaker track.

Given the uncertainties of that track, confidence regarding snow accumulations in this area are still fairly low, the weather service said.

Forecasters warn that travel may be slippery and slow in the Philadelphia region on Sunday, and residual flight delays and cancellations are possible at Philadelphia International Airport due to the heavier snow expected to fall on airports to the south.

Here the 7-day forecast for Philadelphia from the weather service:

Friday night: Mostly clear, with a low around 23. Northwest wind 5 to 7 mph becoming calm after midnight.

Saturday: A chance of light snow after 1 p.m. Mostly cloudy, with a high near 32. Light and variable wind. Chance of precipitation is 30 percent. Little or no snow accumulation expected.

Saturday night: Snow likely. Cloudy, with a low around 27. Chance of precipitation is 60 percent.

Sunday: A chance of snow. Cloudy, with a high near 32. Chance of precipitation is 50 percent.

Sunday night: A chance of snow before 1 a.m. Mostly cloudy, with a low around 21. Chance of precipitation is 30 percent.

Monday: Mostly sunny, with a high near 35.

Monday night: Mostly clear, with a low around 23.

Tuesday night: Mostly clear, with a low around 24.

Wednesday: Mostly sunny, with a high near 41.