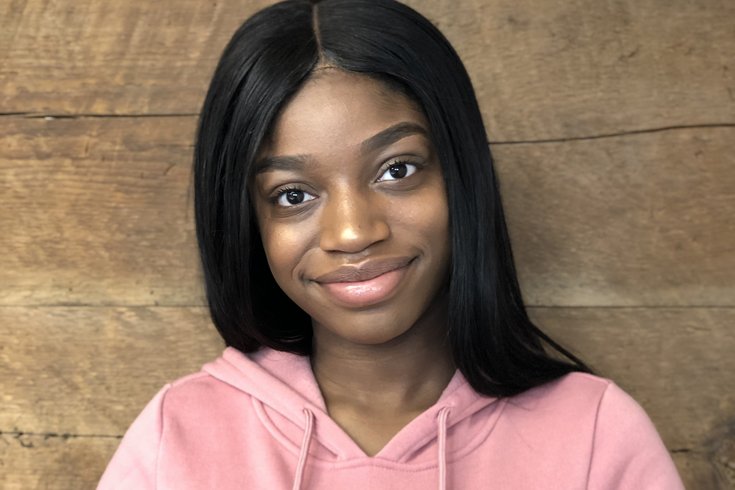 On Christmas Eve, Zuri Berry headed to the local supermarket to grab last-minute items for her family’s holiday dinner.

Instead of returning home with bags filled with chicken, mac and cheese, cornbread and other items, she, her father and a friend of her father would spend the bulk of Christmas Day in police custody.

All three now face aggravated assault, conspiracy and related charges, according to police. The father's friend also faces an additional charge of possession of an instrument of crime.

During a Wednesday night phone interview with PhillyVoice, the 19-year-old explained her side of what happened after a Lyft picked her up outside the ShopRite on Fox Street in Northwest Philadelphia.

She asserted that she was “kidnapped” by a rogue driver who refused to take her all the way to her destination in the nearby Abbottsford Homes housing complex.

She’s gone so far as to post two “Crazy Lyft Driver” videos on YouTube, footage that shows more than five minutes of a heated, profane exchange between the two.

Those videos end when the driver allegedly tries to take her phone away after she’s dialed 911 to report a situation that left her frightened for her life.

A spokeswoman for Lyft maintains “we believe there is more to the story than what appears in these videos.” Court records reveal no charges being filed against that driver in the incident, which ended with a crash near 16th Street and Allegheny Avenue about 20 minutes after he picked up the woman.

Berry and her father, Curtis Easter, and his friend, Curtis Brinkley, would end up in custody, though. The latter two defendants caught up with the driver after the crash and a scuffle ensued, all because a $3.56 ride supposed to end “literally right across the street” went south.

'I WAS REALLY SCARED'

Despite the proximity of the ShopRite to her home, Berry said she called for a Lyft around 9 p.m. Christmas Eve so she wouldn’t have to carry the grocery bags up a hill to Abbottsford.

The videos – embedded below – chronicle what happened in the next five minutes. It starts with the driver urging her to put the bags in his trunk and, after a confusing verbal confrontation, ordering her out of the vehicle.

“This is my car. Don’t just do stupid, stupid stuff here? Get your stuff out of my car,” the driver can be heard saying as the car sits in a parking lot in the housing complex, but not near her destination.

He then pulls off and drives back to the supermarket before taking a winding path through nearby neighborhoods.

“The driver is trying to kidnap me,” she can be heard telling her father on the phone from the car. “Take me to my f****** house.”

To hear Berry tell it, the driver was going to drop her off in a parking lot just because the GPS said he’d reached her destination. As things progressed, she called her father to let him know there were problems.

“We started to argue a little bit. My foot was hanging out the door. The trunk was open,” she said. “I wasn’t going to close the door. I was scared. We started to argue and I was shouting. I wanted to make it seem like I wasn’t scared even though I was. He told me to get out, but didn’t give me a chance to.”

When she called the police, the driver allegedly “reached back and tried to grab my phone, but I didn’t let him. That’s when the camera goes out.”

"I could’ve been snatched up. Maybe he was going to rape me. I didn’t know what was going on.” – Zuri Berry

Because of a reference the driver made to South Philadelphia, she feared that she was being kidnapped, even though the driver – whose identity is being withheld from this story because no charges were filed as of Thursday – claimed he was calling police as well.

“What could be in South Philly? I could’ve been snatched up. Maybe he was going to rape me. I didn’t know what was going on,” she said. “He calls the cops, and I called my dad to tell him where I was. (The driver) was a man. I’m a petite woman. I was really scared."

After the crash – which occurred a mile-and-a-half east of the supermarket – Easter and Brinkley caught up to them and a scuffle broke out.

“From my understanding, the allegations are that she was part of this scuffle that ensued after the accident and prior to police arriving,” said Berry’s attorney, Evan Hughes. “I’m not entirely sure what the government’s theory is on that. I can’t speak to their reasoning.

“Her dad was acting in defense of his daughter. He was coming to rescue his daughter and (Brinkley) was next to him when she called. I’m not sure what kind of spin the driver gave police, that it was a number of people vs. one single driver.”

Whatever was told to investigators, the three were taken into custody at the scene. After getting treatment at Temple University Hospital’s Episcopal Campus for a bruised wrist and back pain, Berry would spend Christmas morning and afternoon at the Roundhouse. She wouldn’t get home until around 6 p.m.

“No, I didn’t get to have Christmas dinner or open presents,” she said. “I’m still confused on why I was charged. I called (police) to tell them I was being kidnapped and was scared, but that didn’t matter.”

"We believe there is more to this story that what appears in these videos." – Campbell Matthews, Lyft communications manager

A preliminary hearing in the case set for this past Tuesday was delayed for several weeks.

“As of now, the driver is not charged, but at the (recent) court date, the DA’s office pumped the brakes on this. I don’t think they realized the complexity of what went down,” Hughes said. “Given the timing of it, there hadn’t been any meaningful review.”

The assistant district attorney who handled this week’s hearing didn’t return a call seeking comment Wednesday night or Thursday morning. But Campbell Matthews, Lyft’s communications manager, said the story was more complex than the one told by Berry.

As “safety is Lyft’s top priority,” Matthews said both the driver and the passenger has been deactivated “while we investigate the incident.”

“Due to conflicting reports, we believe there is more to the story than what appears in these videos,” she said. “We have reached out to the parties involved to collect more information, and stand ready to assist law enforcement."

Legal confusion aside, Berry said she hopes her case prompts rideshare services like Lyft to look more closely at the people they’re hiring.

“Some people may not be as brave as me, and what happened to me could’ve been even worse if it was someone else,” she said. “They need to look deeper into the drivers’ backgrounds ... Now, I’m scared to even get into a (rideshare) with a male driver. They should give females the option to have a female driver.”

Berry, Easter and Brinkley are scheduled to appear in court on February 5.