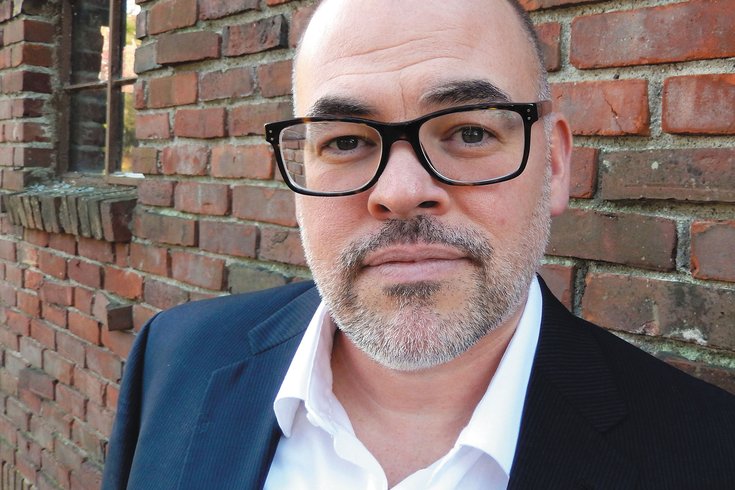 “I’ve moved away, but the place is in my subconscious," says author Matthew Quick. "It is the place that when I dream of home, that’s where I am....It is South Jersey that allows me to compete in the publishing world."

You can go home again. In fact, going home is an imperative for best-selling author Matthew Quick.

Ex-pat Quick returns again and again to South Jersey where he grew up, and Philly, where he was born, went to college, and met his wife, fellow novelist Alicia Bessette.

He just can’t live here and get his work done — too many distractions.

But Quick comes home often to replenish the well and feed his roots: a slice at Lorenzo’s on South Street, a game at the Linc with fellow season pass-holders, quaff a pint at the Oaklyn Manor Bar, hang with a pal he’s known since Collingswood High School days, grab a coffee and yak with a fellow writer on Haddon Avenue, and visit his parents in the tony town he tweaks as Faddonfield — that would be Haddonfield, of course — where Quick taught high school before his debut novel, “The Silver Linings Playbook,” changed everything.

South Jersey has made Quick the author he is, a creator of quirky characters — off-center oddballs with good hearts who don’t give up, plugging along despite setbacks.

“You can take the boy out of South Jersey, but you can’t take the South Jersey out of the boy,” he says of himself. “I’ve moved away, but the place is in my subconscious. It is the place that when I dream of home, that’s where I am. In the writing world, I’m more about Oaklyn — blue-collar, get it done, that was my grandfather. It is South Jersey that allows me to compete in the publishing world. We’re not New York; we’re Philly.”

Every one of Quick’s seven books – the last due next year – is set in the region that shaped him. But writer pal Evan Roskos says living away from the area, though returning often, allows Quick “concentration that comes from distance. You can’t develop film in the sun. Matt’s affected by all sorts of stimulus. He needs goes to his darkroom to develop, study and print. Then he can go back and be exposed again. The distance isn’t a rejection. It’s allows for his imagination and memory and emotions to work.”

Quick agrees: “I do not know if I could write there,” says the author, who wrote “Silver Linings,” which is set in Collingswood, in the basement of his in-laws’ home in Massachusetts. 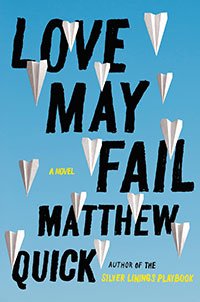 But reconnection is why Quick will be traveling 345 miles from his current home in the Outer Banks — “a wonderful place to write” on a quiet street filled with retirees — to launch his newest redemption tale, “Love May Fail.”


Come June 17, he’ll be standing on stage at the Free Library of Philadelphia, where one of his literary heroes, Kurt Vonnegut, once stood, a fact of significance to him.

The title of Quick’s newest novel comes from a line a young reader mailed to Vonnegut, summing up the theme of that author’s work as: “Love may fail, but courtesy will prevail.” Quick recalls seeing a photo of Vonnegut at the library’s green room when he first started doing readings. “I stood in the same waiting room. That was mind-blowing.” He calls the chance to look out from that stage and see friends, family and former students “beautiful.”

His new book is filled with “touchstone places” for Quick, places “you’d pass by and not appreciate” unless you’re from the area.

The locations include: a block of row homes on Haddon Township’s Cuthbert Boulevard, fictional home to his heroine, Portia Kane, and her hoarder mother; the nearby high school, where her literature teacher, Nathan Vernon, first made Portia believed she could write; the Crystal Lake Diner, where mother and daughter eat; and the Oaklyn Manor Bar, where Portia meets the love of her life, Chuck Bass, a recovering drug addict who adores Portia and remakes himself as a dedicated and sober school teacher.

Bill Rhoda, a friend since high school who has watched the Eagles with Quick from their regular seats for 21 years, is looking forward to dipping into “Love May Fail,” given all the local connections. “I feel I get a unique look. It isn’t fact-for-fact, but you get to see the kernel where it started from.”

Though he’s now lived away for years, Quick’s pleased he can walk into the Oaklyn Manor and have a Guinness drawn before he takes a seat. “It never changes. It is still the same as it was when I first went there for lunch at 12,” says the 41-year-old writer. 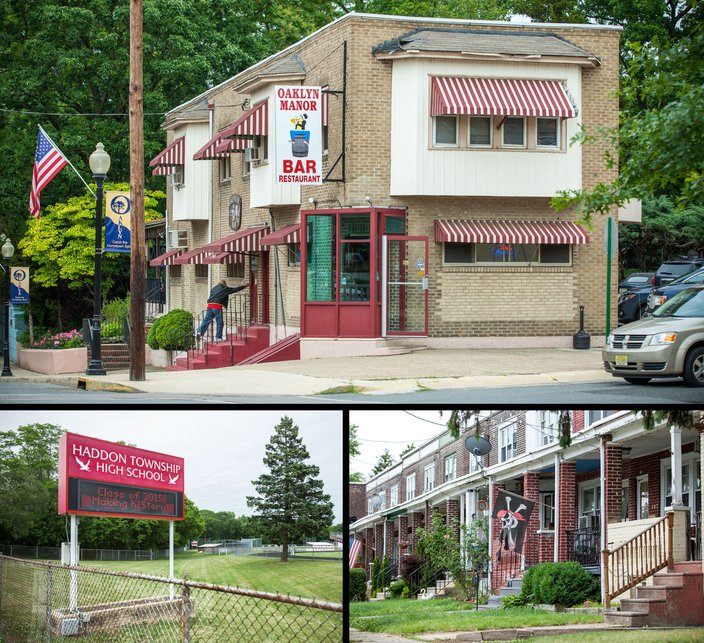 His character, Portia, a “Rocky Balboa character,” is the persevering woman she is, because she grew up in the “authentic setting” of Haddon Township and neighboring Oaklyn and Collingswood, he explains, not in monied and privileged Haddonfield, “a radically different experience, a mile away, but a world away. There is no getting over the inferiority” his character — and by extension her creator — feel given Quick’s “complicated” relationship with Haddonfield.

Despite a Master of Fine Arts degree and a failed attempt at writing a self-consciously literary novel, Quick’s books by design are meant to be “accessible to the people I grew up with.” He’s proud one of his fellow Eagles fans wanted a signed novel after admitting he’d not read a book in a decade.

Quick has no control, but he’d love to see the film adaptation of “Love May Fail” shot in South Jersey. But with every one of his books optioned, but only one film made, he’s learned not to count on Hollywood timetables or fall in love with a project before it begins. He called some of the behind-the-scenes wrangling over getting a film green-lighted “crushing.”

And yet he’s writing an original screenplay for the Weinstein Company, which optioned “Silver Linings” before it even went to print. In the future, he’d like to adapt his own books for film.

Meanwhile, he’s all about reconnecting, first in Philly on June 17, the next day in Chester County and then back to South Jersey on Oct. 3 to headline Collingswood’s Book Festival.

He ends by saying something extraordinary aimed straight at me and his home turf: “Thank you for caring about South Jersey.”

I suddenly feel like a character in one of his novels. The feeling is great.