Sixers intend to sign Rayjon Tucker to a two-way contract 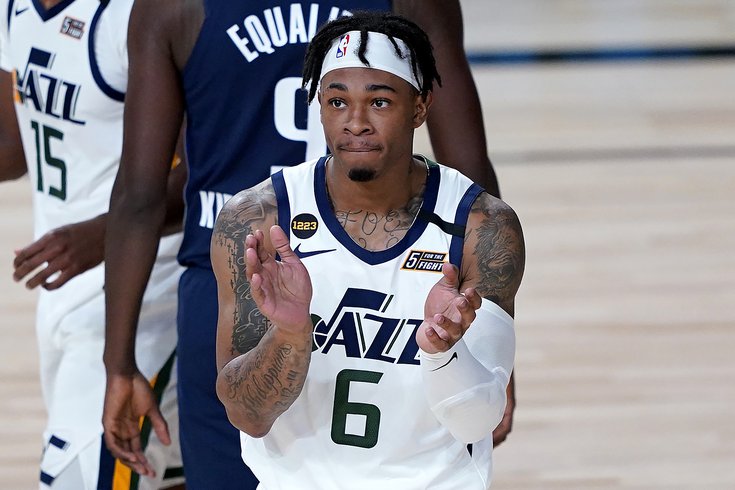 The Sixers plan to sign 23-year-old guard Rayjon Tucker to a two-way contract, a team source confirmed Friday afternoon, filling the spot that was left open after the team waived Dakota Mathias early this week. The Athletic was the first to report the news on Friday, though a team source says the two sides have not yet inked a deal.

Tucker, who appeared in 20 games for the Utah Jazz last season after a standout year in the G-League, has had a bit of an unorthodox journey to the professional ranks. Starting at Florida Gulf Coast for his first two seasons in college despite offers from major D1 programs, Tucker would transfer to Arkansas Little Rock after sitting out a year, putting together an all-conference season. After his big year in Arkansas, Tucker declared for the draft while weighing options on a grad transfer to a bigger program but ultimately left his name in the 2019 Draft in lieu of another year of school.

The undrafted free agent spent Summer League and training camp with the Bucks last year, eventually being cut and signed to their affiliate, the Wisconsin Herd. Alongside former Kansas standout Frank Mason, Tucker led a high-scoring backcourt in the G-League with 23.3 points per game for the Herd, and his production eventually earned him Midseason All-G League honors and a shot to play for the Jazz.

Before he left for his shot at the big time, Tucker managed to create a great anecdote for his team-first mentality. Sitting out a game at the G League Showcase last season with the knowledge he had a call-up in the works, Tucker spent his final game with the Herd serving as a water boy on the bench:

“And it wasn’t like he was trying to be a joke," Herd coach Chase Buford said. "He was actually out there doing whatever he could to help us guys, even though he wasn’t playing, and that’s the kind of selflessness that he has.”

Buford went on to say that there's no better deserving player than Tucker to get an NBA call-up. He and Herd forward Jermerrio Jones called him a great teammate and even better person.

“I loved it. They really took care of me," Tucker said about his time with the Bucks and Herd. "They helped mold me into what I’m doing now, and it’s a great group. Definitely enjoyed that time. I appreciate everything that they did for me. They were the first people to really believe in me and give me a chance in this league, so I appreciate it.” [The Northwestern]

That sort of attitude should help him fit in with a team that has consistently talked up their camaraderie and togetherness after a turbulent 2019-20.

So what does he bring to the table on the court? During his final year in college, Tucker shot the heck out of the ball for Little Rock (41.1 percent from three on nearly six attempts per game) but those numbers cooled a bit at the next level. Thankfully, he's not totally beholden to his jumper — at six-foot-five with a stocky frame, Tucker has a knack for using his physical tools to power through contact and get into the teeth of the defense.

Oh, and he's liable to get up and dunk hard on the opponent every so often, so if you watch a few Blue Coats games this year, you should see a decent amount of this:

The scoring numbers should not fool you into thinking Philly is getting an offense-only guy to plop into the lineup around their stars. If he ends up playing minutes for Philly this season, it will be because he leverages the aforementioned physical tools on the defensive end of the floor and takes his responsibility seriously there.

As we've seen already over the first month of the season, the Sixers may have to dig deep into the roster to find enough players to suit up on a given night, so it doesn't hurt to have a guy like Tucker who can potentially contribute (or at least tread water) on both ends of the floor.