Sixers injuries: What James Harden's tendon strain could mean for the rest of his season 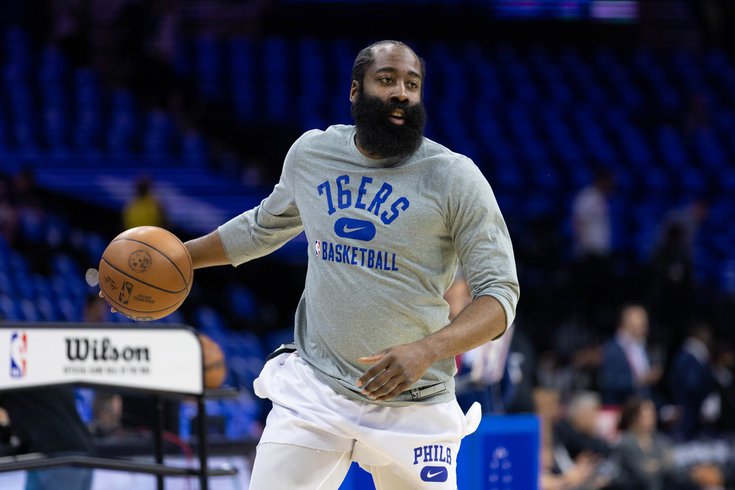 The injury issues never stop for the Sixers, at least for the last decade or so. The latest hiccup is a right tendon strain for former MVP guard James Harden. The initial diagnosis is that Harden is expected to miss a month. The team is lucky this isn't a season-threatening injury, but at 4-6 in the record books, the Sixers are looking rough and out of excuses, which only makes this Harden situation that much worse.

What exactly is Harden dealing with in terms of this tendon strain and how could this affect him for the remainder of the season?

"When you're thinking about a tendon, a tendon is a structure where you have a muscle and eventually it turns into a tendon that attaches to a bone and it's like a lever. That's what's making that bone do something," says Dr. Christopher Selgrath, an orthopedic surgeon at Nazareth Hospital. "After a while, you run around, you land the wrong way and you stress the tendon, that's when you get a strain."

It's not a clear-cut injury, with Selgrath noting, "It's something that you thought may be four weeks might only end up being two weeks. For other people, it's an injury that might linger for a while."

Harden, now in his age-33 season, has been dealing with injuries the last couple of years. A nagging hamstring injury was a factor for Harden after his mid-year trade from Brooklyn last season. Now comes this tendon strain.

"I think age is part of it," Selgrath says. "It's a tough season. 82 games in a very short of amount of time. The guys that are older, it's just a wear and tear thing. There comes fatigue where when you're running around, your muscles, your tendons are the shock absorbers and once they start to fatigue, that's when they start getting injured.

As for Harden's path to recovery, Selgrath mentions that there is a multi-step training program.

"There's no doubt that you don't want to get him back too soon," Selgrath says about the medical side of Harden's eventual return.

"Now you're starting to pick your battles. So is the battle the beginning of the season, midseason or is it the postseason? You have to think long and hard about how you're going to utilize him moving forward."

The views and opinions expressed in this article are those of the author and guest authors and do not reflect any official policy or position of any NBA team or a team's athletic physicians.