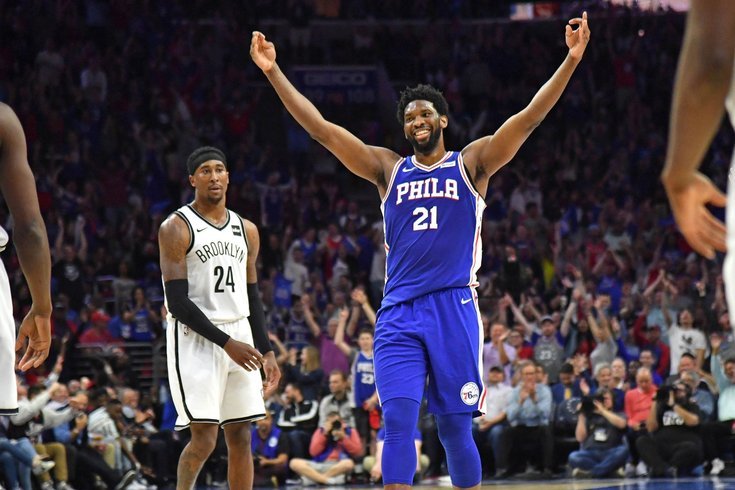 Philadelphia 76ers center Joel Embiid is a huge fan of Aaron Rodgers and the Green Bay Packers. His tweet during the Eagles-Packers game on 'Thursday Night Football' riled up some Philly sports fans.

The Eagles escaped "Thursday Night Football" with a desperately-needed win, defeating the Green Bay Packers 34-27 in game sealed by an interception at the goal line.

This is a free country, and anybody can root for whatever team he or she pleases. Philadelphia sports fans may not like this, but Sixers star Joel Embiid is a massive Packers fan.

Embiid grew up in Cameroon and played college basketball at Kansas. His devotion to the Packers doesn't appear to have any geographical explanation.

RELATED: This company will pay an Eagles fan $2,000 to be a Cowboys fan for the rest of the season

For years, however, Embiid has cheered on Green Bay seemingly because he's a huge fan of Aaron Rodgers.

AARON FREAKING RODGERS... WHAT A WARRIOR WOW. I LOVE HIM SO MUCH🐐🐐🐐🐐 #GoPackGo

Embiid was so worked up about Thursday night's game that he even took the opportunity to rope in Sixers teammate Mike Scott, a Washington fan who got into a scuffle with Eagles tailgaters on opening day.

As a master troll, this kind of thing should be expected from Embiid at this point. Still, some Philly fans were not having it.

The @Eagles have a ring. How about you?

This fool wants to get booed off the court 😂

In the end, Eagles fans got the win and the last laugh. Maybe Embiid can hang out with Rodgers if the Sixers meet the Bucks in the Eastern Conference Finals.