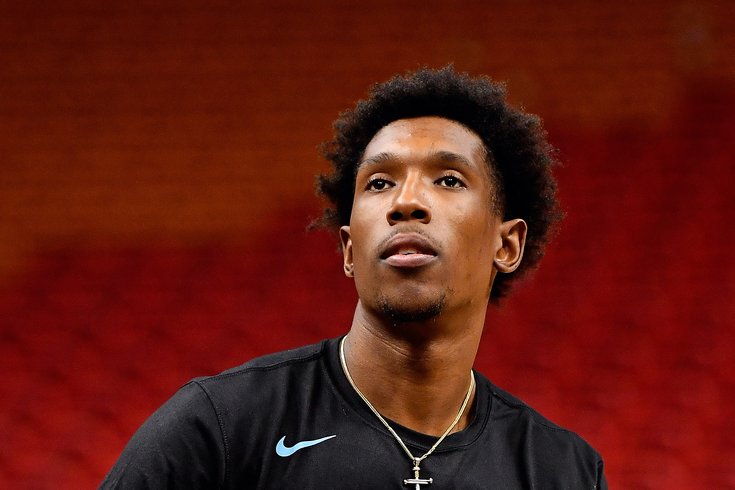 Josh Richardson spent his first four years in the NBA in balmy Miami. He's still getting to used to the northeast.

New Sixers two-guard Josh Richardson spent the first four years of his NBA career in Miami after being drafted by the Heat in 2015. He's an Oklahoma native, and spent his college years playing basketball in Tennessee, but nearly a half-decade in South Beach will change a person.

For Richardson, it seems that time in Miami made him forget about the cold; specifically, what it's like to live in a place where different weather actually exists.

Sure, Richardson visited places like Minnesota and Portland, and even Philadelphia, during his time with the Heat. But he didn't have to start his suddenly-chilly car on a random fall Wednesday while he played for Miami!

On Wednesday, after his first preseason game with the team went swimmingly, Richardson tweeted his astonishment at his new surroundings:

Yo i just turned the heat on in my car for the first time in 5 years 😂😂 this is crazy pic.twitter.com/DUOpFxs5o6

The temperature in Philadelphia when he sent that tweet was 55 degrees, on a day featuring on-and-off rain. Down in Miami, it was 86 and partly sunny. You certainly don't play for the "Heat" anymore, Josh.

Sixers fans warned Richardson of what's to come, in a winter that might be harsher than last year's:

Welcome to Philly. Enjoy driving to games in the snow 😳😂

lol it’s 60 something degrees out haha... you’re gonna be in for a rough few months. Autostart heated seats and heated steering wheel should be your best friends

This is just the latest installment of "X player moves to Y place and learns about Z", which might be my favorite thing ever. Most recently, former Eagles wideout and current Giants sufferer Golden Tate found out about New Jersey's weird gas-pumping attendants.

Here's hoping Richardson and the Sixers catch fire this year. You know, to keep warm.