Who should start with Joel Embiid out? Weighing Sixers' options for Game 5 and beyond 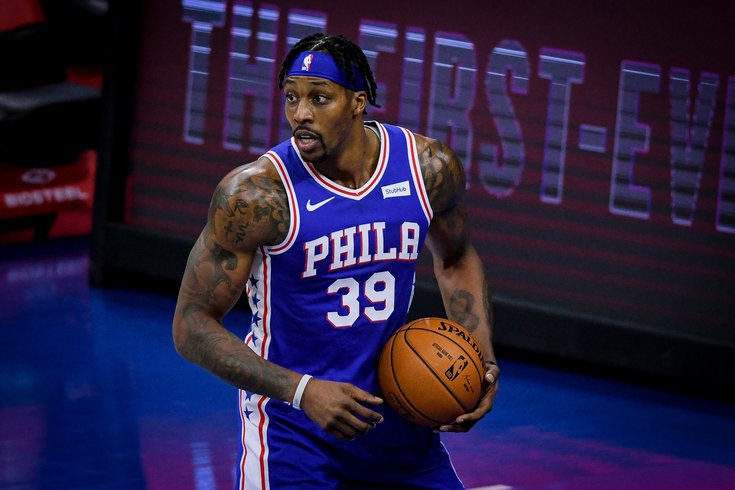 UPDATE [1:00 p.m.] — The Sixers announced on Wednesday afternoon that center Joel Embiid suffered a small lateral tear of his meniscus and has been ruled out for Game 5 against the Wizards. That's the bad news. The good news (or at least the better news) is that despite the tear, the team considers their big man's status as day to day.

For more on Embiid's diagnosis and his status moving forward, click here.

The Sixers have yet to confirm his absence yet, but Joel Embiid missing Wednesday's Game 5 feels close to certain from where we sit this morning. Believing a potential title run is in their future, Philadelphia is not interested in taking chances with their franchise player, especially when all they need to do is beat a bad Wizards team one more time to move on to the next round.

It's not over until it's over, of course, so the Sixers have decisions to make. Embiid being out basically guarantees we will see some gadget lineups against the Wizards in Game 5, but just how prevalent will those be? Doc Rivers has a number of options to fill out the starting lineup, but each case is less clear cut than they'd probably like. The Sixers will ultimately have to decide what (or who) they're willing to sacrifice, as Rivers weighs whether to give the biggest boost to the starters or a second unit in need of as much help as they can get.

Let's discuss the pros and cons of each realistic option, with due respect to the other guys on the bench.

To be clear, there is not a "like for like" swap Rivers could make to replace Embiid. There are few (if any) bigs in the entire league with the type of all-around package Embiid has, and they certainly aren't the sort of players you have on the bench making the vet minimum.

But Howard is, at the very least, a big man capable of doing big man things: offensive rebounding, shot-blocking, screen setting, the whole nine yards. Truthfully, that hasn't shown up yet in this series, and he was one of their worst rotation players in Game 4. But going without a big in the starting lineup is asking for a bit of trouble around the basket. Young Wizards center Daniel Gafford has come on strong in any non-Embiid minutes during this series, and he could have a field day if the Sixers ultimately opt to play a smaller group with a forward masquerading as a big man.

There are a number of reasons the Sixers would be justified to look elsewhere. For one, Howard playing starter's minutes is basically begging for him to foul out of the game, with his rough-and-tumble approach best suited to a reserve role. There's also the matter of his fit with Ben Simmons — Simmons/Howard lineups have been almost universally bad for Philadelphia. The most played group, which happens to be the Howard-Harris-Green-Curry-Simmons unit that would theoretically start together, was one of the single worst lineups in the league in the regular season, outscored by over 33 points per 100 possessions in an admittedly small sample of 141 possessions. Overall, Simmons/Howard lineups lost their minutes by over 10 points per 100 possessions for the season, according to Cleaning The Glass, putting them in the 11th percentile league-wide.

That is, to put it mildly, not good, particularly for a group that would start a playoff game together. I don't think Rivers will opt to go this route, but given their failure to get stops out of small looks the other night, it would not shock me to see him go to the most "traditional" option he has, effective or not.

Quietly, Scott may be the most likely man to start for Philadelphia on Wednesday night. He started twice the amount of games as Howard did in the regular season, and with Embiid on the shelf, priority No. 1 for the head coach has to be getting Simmons and Tobias Harris going. Opening up the floor with another shooter (at least a shooter in theory) makes as much sense as any other mood.

I know, I know. Scott has been mostly dreadful this season, failing to make up for his poor floor game with the shooting touch that helped him stick in the league. But teams still seem to show him some respect from beyond the arc anyway, which is all the Sixers really need to accomplish by throwing him in the starting lineup.

The bad news is that the Scott-Harris-Simmons-Green-Curry lineup, despite being their most-played small-ball look, is only barely in the positive for the year. Cleaning The Glass has them at two points better than opposing lineups across 223 possessions this season, getting there with slightly above average defense and below-average offense.

Scott is almost certainly going to play at some point in Game 5, and sticking him in the starting lineup allows Rivers to leave a more troublesome second unit mostly in place. If I had to put my money on one option, this would be it, but Rivers has broken from regular season habits in several meaningful ways already, so it's far from a guarantee.

Why not add the steadiest bench player to a group that could use more reps alongside him before the games get tougher? Hill has been excellent to start the playoffs, excelling as an attacker on and off the ball, providing the glue that helps a lot of their mixed-unit lineups work.

In a Simmons-Harris-Green-Hill-Curry lineup, the Sixers suddenly have a lot of options to unleash Simmons as a roller toward the rim. Coming off of handoffs or involved in pick-and-rolls, there are at least three players in that group you'd feel comfortable pairing Simmons within those looks, their pull-up ability making it difficult for Washington to just sink all the way to the rim on screens. Even if Simmons doesn't get going as a scorer, short-roll passing to the corners could be devastating out of a look like this.

The reason a Hill bump to the starting lineup feels a bit unlikely? His talents may simply be needed elsewhere. Shake Milton has regressed something fierce in the second half of this season, and while Tyrese Maxey has shown excellent flashes with the second unit, betting on a rookie to be the on-ball leader for a wildly inconsistent unit feels ambitious. If Rivers is dead set on using all-bench lineups — and it's more likely than ever with one of his stars already out of the picture — Hill can arguably be more impactful as an organizer and steadying presence in a second-unit role to start, even if he ultimately ends up in the closing lineup.

Hill is a floor raiser on both ends, so I think there's a strong case for him being Rivers' best option if his goal is just to lift up the starters as much as possible. They've been the group responsible for almost all of the 3-1 lead, so why not give them their best shot to get off to a strong start?

It's a lineup many people have wanted to see whenever Embiid is out. Simmons-Harris-Thybulle-Green-Curry is short on rim protection on the back end, but it might not matter. With two homewrecking defenders in Simmons and Thybulle, this Sixers group has the potential to cause turnover after turnover for opposing teams, making up for a decline in halfcourt offense with a devastating transition attack.

If Thybulle is the guy who gets the call, perhaps we will see the Sixers go to a look that has only surfaced in small doses this season: a 2-3 zone with Simmons and Thybulle up top. The Sixers have shown no ability to protect the rim in small-ball looks built around Simmons, so why not try to keep Washington away from the paint in the first place? At least three players in this group (Simmons, Thybulle, Green) are excellent with help rotations and closing down on shooters, and since Davis Bertans is out for the series, the Wizards are already down one of the biggest threats to bust a zone with his jumper.

Of course, spacing is a potential issue for any lineup with both Simmons and Thybulle in it. The Sixers played like a bottom-five offense whenever those two shared the floor this year, and the only solace is that Washington is so bad on defense that it might not matter. But when you consider the sputtering effort the Sixers had in the halfcourt on Monday night, it seems strategy and setup matter at least a little bit. Washington is going to leave Thybulle alone on the perimeter, make or miss, and that might be enough to rule him out of the running.

Never underestimate the power of Starter Furkan. I am only half kidding.