Mailbag: Should the Sixers keep, trade or extend Tobias Harris?

What does Sixers forward Tobias Harris' future hold in Philadelphia? 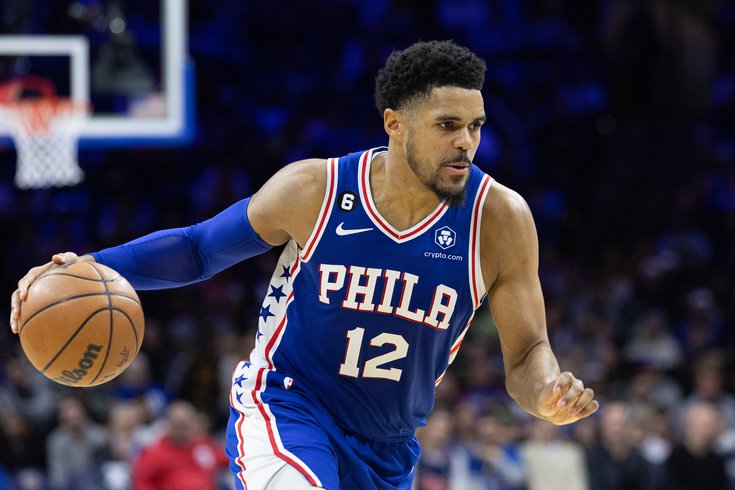 New year, same old mailbag. The Sixers are 23-14, just 2.5 games out of first place in the Eastern Conference, and playing well in spite of absences for their best players seemingly every other game. There hasn't been a lot to complain about recently, and that's a great thing, as it minimizes questions about firing the head coach.

Let's get to some talking points.

At what point do we transition from trying to trade Tobias to trying to keep him after next year and hopefully sign him to a team friendly deal because now he fits his role and his actually good at it. Feel like unless it’s an obvious talent upgrade they should just hold on.

I know Tobias Harris (or at least his representation) spent parts of last summer angling for future commitment, and for quite a few reasons, that was never going to happen. He has long been talked about as a contract more than a player/person, and prior to Harris proving he could adapt to a new role, I understood that idea.

The middle ground is ultimately where I fall here. Unless you're able to use his contract to trade for a star — and a deal like that would almost certainly require moving Tyrese Maxey — you're better off standing pat and just rolling with what you have. And going into next season with Harris on an expiring contract leaves you with a lot of options in the short and long term. I think signing him to an extension would be about as foolish as trading him just to trade him, as you'd nuke a lot of flexibility.

Even with somewhat of a downturn as a shooter recently, Harris is sitting at 38.6 percent from deep on good volume (5.2 attempts per game) and stepping up in a larger role whenever the team has needed it. Offensively, he's done just about everything you could have hoped for him to do, and his defense has been inconsistent more than outright bad.

The reason I wouldn't entertain an extension at this juncture comes down to flexibility. This is unlikely for a bunch of reasons, but let's say for the sake of argument that James Harden opts in next season and the Sixers head into 2023-24 with both Harden and Harris on expiring deals. If things go haywire and you have to consider a longer-term rebuild (or at least retool) coming out of that year, you're much better off not having to figure out a way to dump long-term money in the summer of 2024. Harris is playing well now and his contract isn't as actively harmful as it was a year or two ago, but that doesn't mean the next deal is automatically the right one.

If you could get Harris on a team friendly extension, sure, but I'd guess that's unlikely in the current circumstances, since Harris is productive, healthy, and wealthy enough already that he could probably hold out for a big deal with the knowledge that he's got plenty to fall back on if that strategy backfires.

I'll repeat again what I've said elsewhere recently — I think the only two true untouchables for Philly right now are Joel Embiid and Harden. Everyone else could go for the right deal and the right price. That said, Harris has left them with a lot to be happy about this year.

What move do you expect at the deadline? I hope the gm doesn’t stand pat

With the caveat that things can change very, very quickly in this league, the bits of gossip I’ve heard up to this point suggest Philadelphia will have a quiet deadline. I don’t think this is the final version of the roster, but it’s really difficult to make a big swing move in-season, for this team and in general. If Harris is the big contract they could potentially move, you have to consider that most players making that type of money would have to actively want out for their current teams to trade them. In examples where that’s not the case, you’re trading for big-money guys whose teams are okay moving them because they’re too pricey, old, injured, etc.

So the smart money is on smaller moves, involving guys like Matisse Thybulle (on an expiring with RFA rights), Furkan Korkmaz, etc. They’ll work the phones a ton, but I’d caution against a big splash for now.

What do you make of the team closing recent games without PJ Tucker on the floor?

I think it’s the sort of thing Doc Rivers deserves some credit for if we’re going to kill him for stubbornness elsewhere. He has not been shy about riding a hot hand or benching certain guys when they’re struggling, with P.J. Tucker and Thybulle probably the two most prominent examples.

In my recap of the Pacers win, I mentioned De'Anthony Melton doing a lot of the little, gritty things that Tucker was ostensibly brought here to do. I think that’s part of this — if Melton can play bigger than his size on defense, help on rebounds, and hold up on switches while adding all he does on offense, it’s basically impossible to argue Tucker should get minutes over him in crunch time. The question is how many teams a smaller, guard-heavy lineup works against.

Tucker is going to be needed against teams like Boston and Milwaukee, and he’s here for playoff minutes above all else. I do think Rivers has that in mind, too, and it makes his decision making easier.

Tell us how you really feel about working so hard at your craft to now be forced into a podcast with a hot take guy who knows as much about basketball as my 3 yr. old niece

A couple of things here:

• I disagree with this assessment of Eliot — he may not be deep in the weeds on the league like I am, but it’s my job to be that guy!

• Eliot being more of a take guy is half of the fun and a great reason to do it with him. He says wild stuff, I bring him back to earth, and we pull each other back and forth. I think he has been a good partner even if some of his suggestions are wild

What is considered “a successful season” for the Sixers at this point?

Has to be a conference finals run or better. I don’t think anyone in their building is going to look at another season ending in the second round (or earlier) and tell you that it’s good enough. It adds a little pressure, but it’s good pressure.

there's basically 8 spots locked for the playoff rotation. what odds to you put on matisse, house, furkan or the field (aka trade/buy out guy) taking the last wing spot.

I have been operating under the assumption that Thybulle will get traded at some point, as his usage suggests he's not an integral part of their plans/that they're not especially interested in paying him big money this offseason. He also happens to be one of their only young-ish players with theoretical upside, making him a good sweetener in potential deals.

If he's here, it'll be an interesting battle with Danuel House Jr., who has not shot well this season and lacks the defensive ceiling of Thybulle. House has had a lot of the same erratic mistakes you'd crush Thybulle for, so, at the moment, there's no reason to play him over the younger guy. Thybulle creeping toward league average from three is a sneaky big deal, though it's on low enough volume that it's hard to trust it one way or another.

On current form, though, Thybulle is the overwhelming favorite. Korkmaz is completely out of the rotation, so no way I'm gambling on him.

Thoughts on Kyle Kuzma as a trade target? 13M expiring, so a rental if they can't come to terms in the offseason. FiveThirtyEight has his market value at 13.3 and I think a consolodation trade could match that. Or do we already have our own Kuzma (Tobias)?

I like Kyle Kuzma well enough — he’s probably a better shooter than his numbers suggest and I think he’s a sturdy defender off the bench, so you could theoretically add another two-way guy to the roster. But $13 million is a difficult mid-tier number for them to get to unless they were to move Melton (no thanks) or Tucker (not enticing another team). Don’t think I see a realistic path.

How much do you hate Skip Bayless?

Genuinely think about him very little. In the last couple of years, I have found myself spending much less time thinking about, talking to, or signal-boosting people I think are either disingenuous, actively harmful, or flat-out stupid. I watch people work themselves into a fury over Bayless, or Elon Musk, or some other person they hate, and wonder why I so often fell into the trap of giving them what they want, which is attention and engagement.

Who will be Speaker of the House?

The absurdity of the last few days has not escaped me, but my best guess would still be Kevin McCarthy. The conventional wisdom seems to be that the longer this goes, the more unlikely it is that he just carries on. I think that’s logical, but he has made a boatload of concessions and eventually the dissenters will probably run out of stuff to squeeze him for. Since he’s been gunning for this job for quite a while, I think he holds out until/unless it’s legitimately untenable to do so.

But I’m just guessing like everybody else, obviously. Obligatory #StickToSports in advance.

What are the odds that Embiid will be healthy for the 2nd round of the playoffs and average fewer than 4 turnovers per game in that series?

My prediction here will be about as valuable as my prediction for who will be Speaker of the House.

Kyle, I need to pop Prozac when watching Montrezl Harrell play center. Is there any other option in the buyout market this year that you know of?

Don’t want to be the bearer of bad news, but I think I need to remind more people that Montrezl Harrell has a player option on his deal for next season. They don’t have the luxury to just cut him, and I don’t think they’re adding more centers with several on the roster. The only way the Sixers are going to have a different backup outside of Harrell/Paul Reed the rest of this year is if Daryl Morey includes one of these guys in a trade or Tucker ends up being the backup five when it matters.

Well, since we’re only a few days into the year, I guess it’s "Glass Onion," as it’s the only movie I’ve seen so far. And while I thought it was alright, it’s not one I’m going to rush to rewatch. The first "Knives Out" was way, way better, IMO.

when will Doc and Morry get fired?

There had to be one, obviously.

I think we're past the point of Rivers being in jeopardy, barring some extraordinary developments over the next month or two. The team has played well, there's harmony internally, and the Sixers are right in the mix for a top seed in the East. Everyone should try their best to actually enjoy the season and hope for the best, rather than popping blood vessels in their foreheads screaming about the coach.